Are you ”BOVVERED” about the Anand vs Gelfand match?

Anxious fans at the State Tretyakov Gallery found themselves sitting literally on the edge of their seats  for several moments yesterday as the 10th game of the World Championship match started with Anand nowhere in sight ! 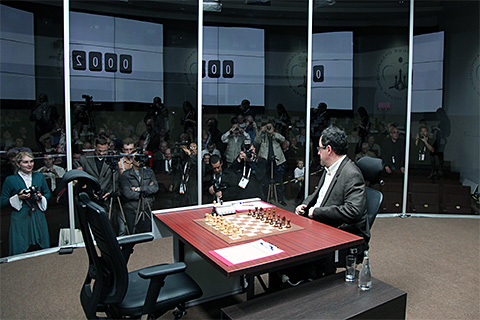 Rumours quickly spread like wild fire that perhaps it was more than coincidence that Anand had disappeared on the exact same day that Moscow was visited by aliens from another planet…. 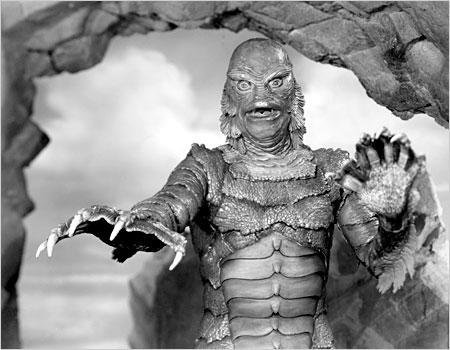 Had this monster EATEN poor Vishy?………
THE excitement soon subsided!  It tranpsired that Anand had merely been delayed  in the washroom because Deputy Arbiter Hal Bond (Canada) had insisted on exchanging autographs with him!  Vishy then quickly took to the stage , and immediately both got down to the business of the day: soon all of the pieces were exchanged in an flurry of carnage (minus the carnage) and both players agreed to a draw after only 25 moves.
The final position was as uninteresting as a 97 year old virgin’s $#%/&!

OFCOURSE, I am having some fun here!  Why should Anand and Gelfand have all the fun?  And be paid more than a million dollars each while doing so!  It seems fair to me…if the players don’t care then why should we?  DO ANY OF US really care who wins this match?

click on to enlarge
Steve Giddon’s blog yesterday himself poked some fun at the chess match in the State Tretyakov Gallery when he drew upon the phenomenally cultist humour of Lauren Cooper   from the Catherine Tate Show :”Am I bovvered?”

That is right! Does anyone of us REALLY give a shit about who wins in Moscow at this point?
[youtube http://www.youtube.com/watch?v=n1bgyo5l5-4]