Alzheimer’s disease, chess and the CFC

Alzheimer’s disease is an irreversible, progressive brain disease that slowly destroys memory and thinking skills, and eventually even the ability to carry out the simplest tasks. In most people with Alzheimer’s, symptoms first appear after age 60.   Worse still, scientists don’t yet fully understand what causes Alzheimer’s. 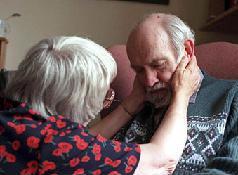 As Alzheimer’s disease progresses, memory loss continues and changes in other cognitive abilities appear. Problems can include getting lost or becoming easily confused, trouble handling money and paying bills, repeating questions, taking longer to complete normal daily tasks, poor judgment, and small mood and personality changes.
If you are like me coming from a large, extended family, then you might know from your own person experience of some aged loved ones who suffered from some degree of this ilness.  It is not pretty. 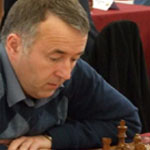 Just the other day Nigel Davies blog had a short article on Alzheimer’s disease and chess (amongst other things):
”There’s a growing body of evidence that chess is a highly effective way of staving off Alzheimer’s disease. Specific research by Professor Joe Verghese has shown that it can help reduce the risk of developing this disease by up to 74%. Solving crossword puzzles appears to be much less effective, only producing a 38% reduction in risk.
As this research has been around for a few years it amazes me is that chess federations around the World are not singing this from the rooftops. The costs of care for those with Alzheimer’s is staggering, an estimated 1% of global GDP which comes in at US 604 billion. So the mind boggles at how much could be saved if more people were to take up chess.

The case for chess becomes even more urgent when one considers how an increase in life expectancy is likely to bring an increase in Alzheimer’s and helpless dependent people. With a global economy already stretched, how much more of a strain is this likely to add?


As Alzheimer’s is irreversible and progressive once you have it, the key word for those in my age group is ‘prevention’.  That is, to do your best to try not to get Alzheimer’s and if that fails, to atleast try to delay the entire process once you have it.
Studies , as Nigel points out, have shown that keeping the mind fit and active is the best way to do this.  How does one keep the mind fit and active?  By constantly challenging your cognitive abilities: doing cross word puzzles, playing games like scrabble and  chess that require multi-tasking and mental skill, having hobbies, reading and the like.

An entire industry is growing out of this need and as the average human’s life span continues to increase it can be expected that this industry will one day become as big as anything you can imagine!

As Nigel points out, it is  somewhat suprising that national chess federations are not taking this opportunity to spin their product as a natural (and enjoyable) manner to avoid Alzheimer’s disease.  For example, the CFC is constantly reminding us  of its own aches and pains (principally caused by lack of members) and how this makes it  increasingly difficult for them to operate as an independent and responsible organization…

But what has the CFC done to try to tap into the growing market of those individuals over the age of 50 who are looking for ways to prevent Alzheimer’s disease?  You guess it right!  NOTHING.  And this is unfortunate as the longer chess waits before getting into this growing market, the smaller the share it will be able to tap into.  Perhaps it is time for Toronto’s Bob Armstrong to get himself appointed as the CFC’s Alzheimer’s liason officer…!?

COFFEE  HELPS  PREVENT ALZHEIMER’S DISEASE!
Some recent research points to the use of coffee as an anti-alzheimer’s substance.  That daily cup of coffee you enjoy could spare you from getting Alzheimer’s disease, according to medical researchers. Even better, if you already have Alzheimer’s, coffee could help keep it under control. But there’s a catch. Researchers say 500 mg of caffeine, or about five cups a day, is required for optimum protection.

Well, that is no problem for me: I drink several litres of coffee each day!

The key is to remain mentally active and fit. Which hobby is your choice!