Research has found strong evidence that while peak peformance in sports is limited by genetics, specialized training methods and innovative technologies can push the envelope from time to time, if only just a bit.  Since 1988 the peak performances in most sports has shown signs of slowing down, noticeably. Swimming is an exception, but here the reason is technology: high-performance swimsuits (as used by Phelps in 2008 to win 8 gold medals) opened up new possibilities of setting world records.  (The suits have since been banned from official competition)
Today the sense that athletic performance is reaching its absolute limits is setting hold and making many athletes, trainers and promoters feel increasingly uncomfortable: the lure of performance enhancing drugs and other illegal methods to gain a competitive advantage can lead to a devastating loss of sponsorship and prestige for sports in general. More vigilence will be necessary to keep sports clean. 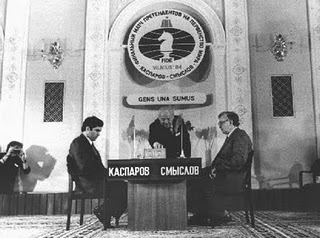 This research has also produced other interesting finds: for example: the peak-performance age for  individual sports.  For example, for chess the magic age is 31.4 years!  This conforms to long held suspicions that the best age for a chess player is between 25 and 30 years of age.  For example, Fischer became world champion at age 29.  Spassky at 32.
But there are always exceptions to the general rule: in 1984 the candidates finals match to decide Karpov’s challenger was between 21 year old Gary Kasparov and 63 year old Vasily Smyslov (!).  Smyslov was having a second youth and his chess was refreshingly original and dynamic.

In general, unless one has a pre-disposition for alzheimers disease or has a history of strokes in the family, there is no good reason to expect that mental faculites will be reduced as one grows older.  New research also indicates that there is nothing to stop one from learning new tasks, their complexity being an irrelevant factor.

In anycase, below is an article on some of this research, with the corresponding links to one very important study. Fascinating stuff!  Enjoy!

Study suggests performance peaks from 20 to 30 years of age, then declines irreversibly
Geoffroy Berthelot and Stephane Len, both researchers at the IRMES (Institut de Recherche bioMédicale et d’Epidemiologie du Sport at INSEP, Paris, France), have published their findings in AGE, the official journal of the American Aging Association, describing the evolution of performances in elite athletes and chess grandmasters. This article is congruous with the epidemiological approaches developed by the laboratory, and suggests that changes in individual performance are linked to physiological laws structuring the living world. 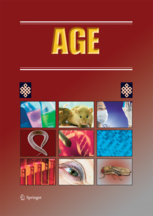 Download original study
Physiological parameters that characterize human capabilities (mobility, reproduction or the capacity to perform tasks) evolve throughout the life cycle. The physical and intellectual abilities follow the same pattern, starting at the moment of conception: The performance of each individual is limited at birth, then increases to a peak before declining until death. With these findings, Geoffroy Berthelot and Stephane Len modeled the careers of more than 2,000 athletes (from a panel of 25 Olympic disciplines) and grandmasters of chess. They demonstrate a simple relation between changes in performance and the age of individuals.

The results of this study validate a model previously published by Moore: The evolution of the performances of an individual throughout his life follows an exponential growth curve to a peak before declining irreversibly, following another negative exponential curve. This peak is reached at the age of 26.1 years for the disciplines studied: athletics (26.0 years), swimming (21.0 years) and chess (31.4 years). For each data set, the evolution curve is representative of a range of 91.7% of the variance at the individual level and 98.5% of the variance in terms of sport events. Moreover, these cycles are observable in other physiological parameters such as the development of lung function or cognitive skills, but also at the level of cells, organisms and populations, reflecting the fractal properties of such a law.
This study suggests that technical change, energy consumption and development strongly influenced the performance of individuals. These have increased significantly over the last century compared to today’s values. Ultimately, the modeling of changes in performance with age can be extended to all individuals and lead to an estimate of life expectancy.
Further research will refine these descriptive models and apply them to other areas of human activity (scientific, economic, ecological …), and test their viability, which may help to assess the relationships of man to his environment.
SPRAGGETT ON CHESS
Share