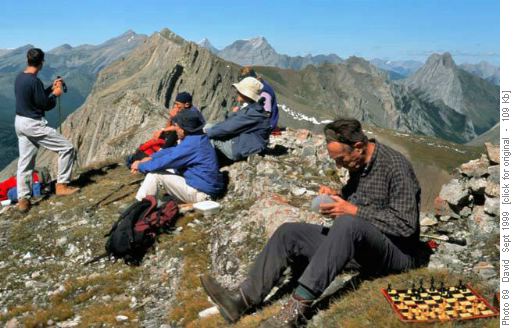 The late John Schleinich (r) on top of Grizzly Peak soon after his 75th birthday.  John was an active chess organizer in Alberta.  He organized the 1975 Canadian Open and the 1975 Zonal in Calgary, where I was a young participant.  John passed away in 2004 and now a memorial tournament is named after him. Check out the link to find out more.
SPRAGGETT ON CHESS
Share