A pic is worth a thousand words…

KIRSAN DOES IT AGAIN!

Link
Where does he find the time?  Just last week FIDE prez Kirsan Ilyumzhinov  rubbed shoulders with the  likes of Gorbatchev, Bill Clinton, Jimmy Carter, Sean Penn, the Dalai Lama and many ‘stars’ in the scientific coummunity.  Now it was Syrian president Assad’s time to meet the man himself… 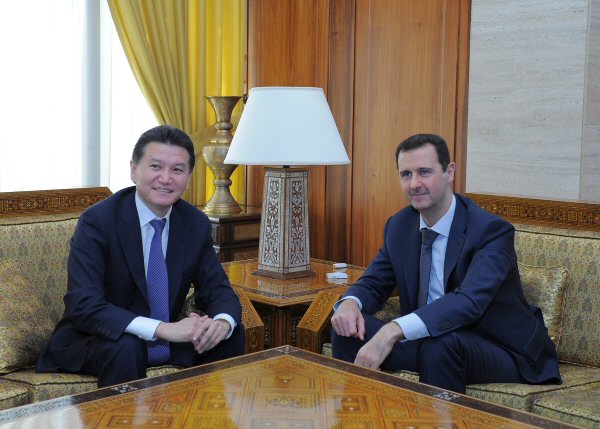 This past weekend Kirsan dropped by Syria to visit the troubled leader.  Sort of reminds one of the ill fated Kadaffi meeting last year when Kirsan was sent as a Kremlin emissary.  Hopefully, Assad will have more luck this time around than the Lybian leader…(?!)
Here is what appeared on the FIDE site: