World War l and the rise of chess in popularity!

SPRAGGETT ON CHESS
WHY DID CHESS BECOME SO POPULAR IN THE 1920’s?

Few have written about it, but it makes perfect sense!  The Great War (1914-1918) was more about sitting around for weeks at at time and waiting for battle to begin than it was about actual fighting.  It became known as the Trench War…the soldiers’ worse enemies were monotony and boredom!

Chess became one of the most popular ways to pass the time, second only to cards. 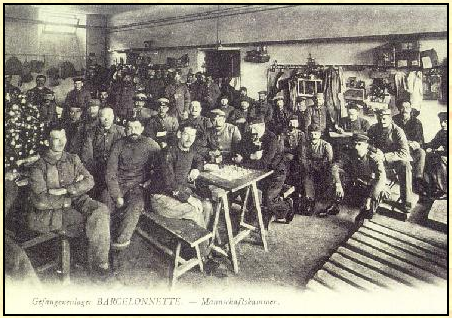 Prisoners of war playing chess. Link
When the war was over, and the survivors returned home, chess federations grew by leaps and bounds as ex-soldiers wanted to play.  The number of tournaments organized suddenly jumped.  Soon there were calls for creating an international organization as well as bringing the world championships under one umbrella, if not under one set of rules and regulations.  FIDE was created in 1924 in Paris, less than 6 years after the end of the war…

It all makes perfect sense!  But I only realized this today while reading Winter’s ChessHistory article (7665)  about an interview with former world champions Emanuel Lasker entitled ”Lasker explains chess prodigies”.  The journalist (William Weer) wrote:

The period between wars (1918 to 1939) saw the greatest creative jump in chess history.  The Hypermoderns came to the fore and opening theory was turned on its head.  The Nimzo-Indian and Kings Indian took to the stage.  Ofcourse, this occurred parallel to equally revolutionary developments in Russia and the rest of the Soviet Union…but it was only after World War 2 that these effects would reach their greatest heights.
SPRAGGETT  ON  CHESS
Share