Will the Lewis chess set provoke a war between Scotland and England?

No, I am not kidding!  When Argentina ‘invaded’ some remote desert islands, inhabited mostly by sheep, some thousands of miles from England in 1982, who could have guessed that England would enter into a war with Argentina, resulting in the death of almost 1,000 men and the sinking of one of the world’s most advanced ships?  This time my money is on Scotland! Bring it on, McGregor…

The historic Lewis chessmen could be housed in an extension of the British Museum built on the Western Isles, the islands SNP MP has suggested.
Angus MacNeil told a debate in Westminster that most, if not all, the 93 pieces should be returned to Lewis where they were found buried in 1831. 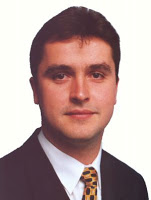 Angus MacNeil
UK Culture Minister Margaret Hodge said keeping them in London allowed many people to share in their history.

Margaret Hodge
Eleven of the chessmen are held by the National Museum of Scotland.
Mr MacNeil said moving the pieces to Lewis would have a “measureable” benefit for the islands, but only a marginal loss effect on the British Museum.
When a fellow MP’s mobile phone rang during the debate, Mr MacNeil joked that it was the museum calling to say the chessmen would be returned to Lewis.
Mr MacNeil also said he was open to a suggestion from an English MP that what have been claimed to be the remains of King Richard II found buried at Stirling should be returned to England.