The Art of the Dirty Love Song

We can’t all be William Fucking Shakespeare when it comes to expressing the passionate colours of LOVE. But there is another genre that is…equally fucking-awesome! And I don’t believe that the Bard would disapprove.

There is something so irresistibly ethereal about a woman who knows how to talk DIRTY! I mean REALLY dirty…like Marianne Faithfull’s ”Why D’ya Do It?” (released 1979  Broken English album; by Heathcote Williams, Reynolds, Mavety, York, Stannard, Faithfull).

This was such an un-ashamedly passionate song that it was BANNED in numerous countries. Only recently has it gained ‘respectability’ when Youtube and Vimeo allowed it to appear…

The closing track on Marianne Faithfull’s 1979 Broken English comeback album, “Why D’Ya Do It” has been described as one of the most honest “love” songs ever written or recorded, an unrelenting, and utterly unself-conscious tirade of abuse, betrayal and anger aimed at the very soul of an unfaithful lover.

Faithfull herself has described the song as her own Frankenstein, although she also remembers how close she came to losing it altogether – writer Heathcote Williams originally (and, apparently, genuinely) intended it for Tina Turner!

As a poet, Williams supplied the lyric alone, but Faithfull and her band swiftly came up with musical accompaniment that was at least the equal of the vicious lyric, a brittle storm of tortured guitars nailed to a loping reggae-inflected rhythm – she later claimed the melody itself was rooted in Jimi Hendrix’s “All Along The Watchtower”, although the performance was so powerful that, even with that knowledge, it is difficult to discover the correlation.

Rather, “Why D’Ya Do It” itself became an archetype for several subsequent generations of musical rage – for, above and beyond any other ingredient in the song, it was rage that gave it its true power.

Betrayed by her boyfriend of the time, seething with jealousy and fury, Faithfull poured her every frayed feeling into the performance, until naked emotion disguised even the brutal frankness of the lyric. Indeed, although sensitive ears might well still recoil from some of the more explicit lines in the song, there can be few people who have not at one time experienced its meaning – and fewer still who could name another song that says the same things so perfectly.

(LINK to above article)

Are selfies ‘dirty’? Maybe…Modern culture has seen an increasing number of richly imaginative songs along the theme of the dirty love song. Below are just a few of my favourites.

”The eroticism was declared offensive. The lyrics are commonly thought to refer to the taboo of sex without love, and were delivered in a breathy, suggestive style. The Observer Monthly Music magazine called it ‘the pop equivalent of an Emmanuelle movie’.

The song culminates in orgasm sounds by Birkin: mostly because of this, it was banned from radio in Spain, Sweden, Brazil, the UK, Italy, Poland, and Portugal, banned before 11 pm in France, not played by many radio stations in the United States because it was deemed too risqué, and denounced by the Vatican and the L’Osservatore Romano; one report even claimed the Vatican excommunicated the record executive who released it in Italy. Birkin says Gainsbourg called the Pope “our greatest PR man”. 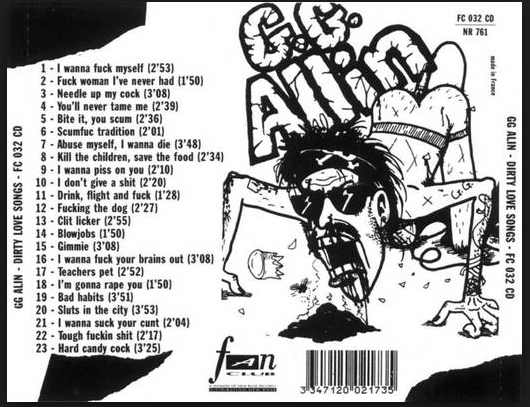