18-year old Yaroslav Zherebukh
While certainly no unknown —Yaroslav is currently ranked number 18 amongst the world’s highest rated juniors–the Ukrainian grandmaster has taken everyone by surprise after 3 rounds of the World Cup elimination tournament in Khanty Mansiysk.  He has defeated all three of his opponents in the tie-break matches, Eljanov, Felgaer and Mamedyarov!

True, while he has only scored 50% in the regulation time-control games (90 minutes for 40 moves followed by 30 minutes for the rest of the game –plus 30′ per move)–one win, one loss and 4 draws, and the over all quality of his play is not much higher than his rating, Yaroslav is the first to admit his  surprise that he has got this far:

”Truly speaking, it is a surprise for me as well. Before coming here I was joking with my parents: of course I can pass three rounds, but how shall I outplay Eljanov? That is why it is clear I am amazed myself how I could manage it. Perhaps the maximum concentration during the game — this is what necessary. One mistake, one wrong move and you go home. I don’t want to go home so far.”   Link

Zherebukh was born in 1993 in Lvov and learned to play chess at age 7. By 10 he was already playing in FIDE rated tournaments.  Here is a short list of his successes to date , as written by the man himself: 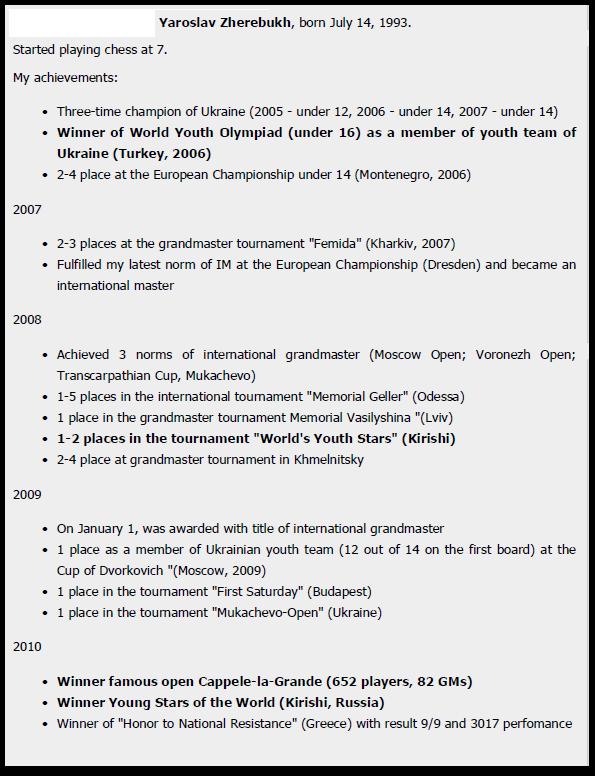 LINK
Yaroslav seems to have made a jump in playing strength in late 2008, soon after achieving some remarkable results such as winning the super strong Cappelle La Grande open in 2010.  Even so, his rating did not jump into the stratosphere because of lack of important invitations to strong tournaments.  There are so many strong players in the world right now and so few tournaments for players such as Yaroslav to play in and prove themselves. 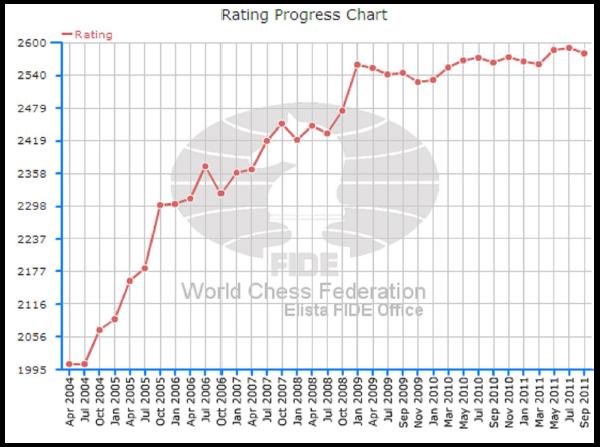 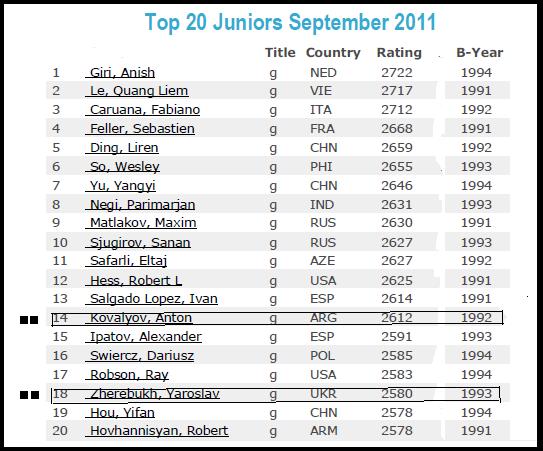 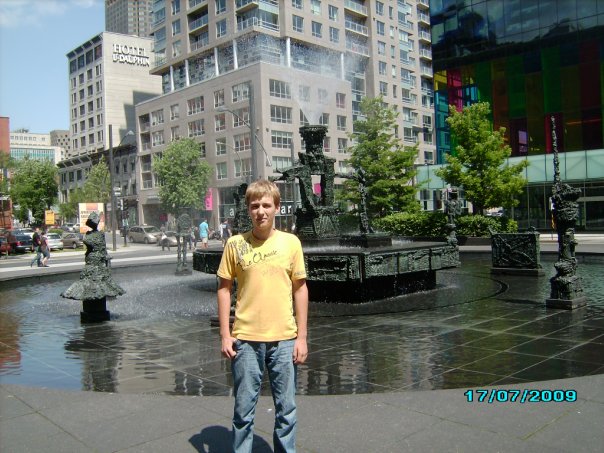