Weird news story of the week!

”There’s some jobs that, as a woman, you just wouldn’t want, and being a prison guard is one of them. Here’s why:

A group of female guards have been denied the right to sue the state of California over thousands of instances where male inmates have exposed themselves, ejaculated, and much, much more. The women claim this perverted and indecent behavior has been going on since 1989 — and the state hasn’t done anything to stop it.


But Judge Phyllis Hamilton (yes, a woman) denied them the ability to sue the state as a class, saying, among other things, the complaints of the plaintiffs — including 10 women, as well as the estate of a deceased former guard — are not similar enough to move forward as a class action lawsuit. Apparently, a there’s many different ways to classify the offense of an ejaculating man.


The women said that there were at least 500 reports of exhibitionist inmate behavior at Pelican State Bay State Prison alone, according to the complaint.

The claim that officials at Pelican Bay perpetually ignored complaints about this perverted behavior aimed at women — and in fact made matters worse. After plaintiff Marta Hastings complained, California Department of Corrections and Rehabilitation manager Joseph McGrath still transferred two more inmates into her unit — both of whom were known exhibitionists.


Judge Hamilton said that there’s no evidence that the women exhausted their administrative remedies.


Moreover, the only commonality among these complaining women is that they all witnessed exhibitionist behavior — and it would be too difficult to calculate damages as a class, the judge wrote. 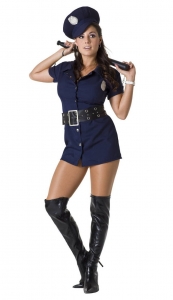