Just got back home from a simul this past weekend in Lille, France. It was great and I really enjoyed it.  I decided to stop by Paris for a couple of days to visit an old friend, and my blogging came from there.
There is so much elite chess taking place right now!  Apart from the women’s Grand Prix in Geneva, there is also the VERY strong European Individual Championship  with a 100k euro prize fund taking place in Legnica, Poland.

And today begins a remarkable tournament in Norway with almost all of the top-ten players in the world! 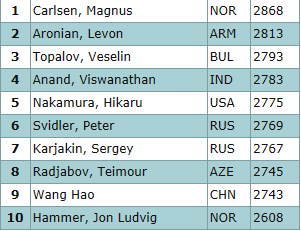 Kramnik is missing, but it is good to see that the organizers have let Norway star Hammer participate.  A great player in his own right, he is always in the shadows of Carlsen…here are today’s pairings:

Impossible to say what will happen in this tournament, but I will venture that Topalov will take one of the top two spots.  Having been ignored in the London Candidates and then capturing first prize (by one and a half points) in the Swiss Grand Prix last week, Topalov is a man with a LOT to prove. 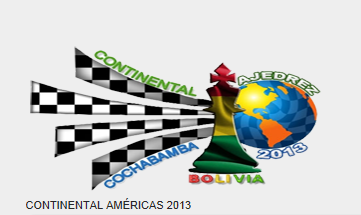 FIDE has had success with their continental championships, especially in the America’s.  So much so that the powers that be have divided what used to be a single Continental into 2 or more , but smaller, events.  Canadian IM Aman Hambleton is currently playing in Bolivia trying to win one of the 4-spots into the upcoming World Cup.  Readers will recall that Eric Hansen qualified from the Mar del Plata continental late last year.

Canadian IM  Raja Panjwani, who is currently studying in Oxford, told me this past weekend that both Hansen and Hambleton intend to spend the next year in Europe, playing in numerous tournaments and developing their skills at the same time.  It is good to see that Canada has some youngsters who are serious about their chess!

And LAST, but not LEAST, a short plug for the outstanding work by Canadian Michael Yip for his many blogs, especially CANADA CHESS NEWS For the past month or so, Yip has filled a need for up to date information about what is happening in Canadian Chess.  Daily updates, games, videos, pics and much more…I take a look at it daily!