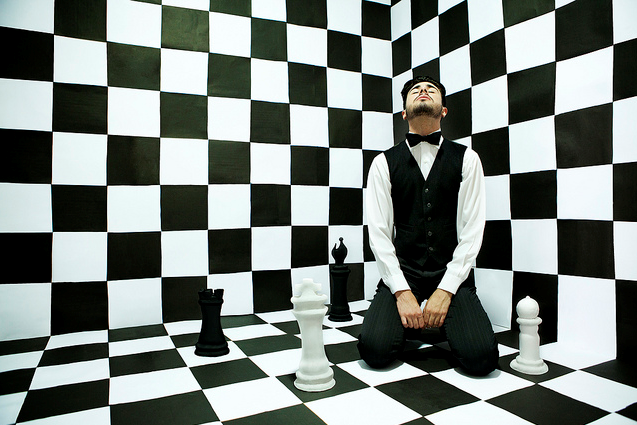 The time is flying!  Family committments over the holidays have kept me from writing more often here, but this should change as the week progresses and everyone returns to their daily routine.  An end-of year article on the CFC’s poor performance in 2012 is in the pipeline (declining membership, operating loss, continued ethical and moral bankruptcy, lack of respect for rule of law , disrespect for constitutional procedures, etc.  The USUAL shit from the poor lot in charge!)  As well, more annotated games.

After a stellar year for the Alberta youth, including a medal at the World Youth in November, 14-year old Wang won the Canadian Junior , narrowly beating out Joey Qin.

This year’s championship significantly improved on last year’s debacle , but still fell short in some key areas, particularly lack of local news coverage and too much concentration on players from central Canada.
Chief organizer Larry Bevand (of Chess ‘N Math notoriety) improved on the previous format (an open swiss) by having the old-style round-robbin,  as well as offering better prizes.  For these reasons alone he deserves  praise.
HOWEVER,  Bevand could have done MUCH better.  By putting in a bid that pressured the CFC into allowing  the organizer to cherry-pick 4 (four) of the 10 participants, numerous strong juniors from outside central Canada were denied the right to qualify for this year’s championship.
Such a practice is unheard of in the world of chess: normally an organizer is permitted to cherry-pick 1 (one) participant, usually a local player.  One has to remember that these championships are for the PLAYERS,  and NOT for the benefit of the organizer.
AS A RESULT, the Canadian Junior Championship continues to be run as a glorified REGIONAL championship.  Last year’s debacle saw only 1 (one) player from east of Winnipeg.  This year’s event was stronger (and better organized), but ONLY 1 player from west of Ontario participated. There are quite a few master-level youngsters out west.
ULTIMATELY, the responsibility for this goes to the CFC for accepting a bid from Mr. Bevand that did not conform to CFC regulations.  In the end, the organizer only did what he set out to do with his original bid.  ONCE MORE a national championship comes up short…
————————————————————–
SPRAGGETT  ON  CHESS
Share