I wrote several blogs on  80-year old Portuguese chess legend IM  Joaquim Durao.  You might find a nice one here.  Joaquim is a friend of mine and despite advancing age he still plays a great game of chess. (I could only draw my last 2 encounters with him!).
Joaquim is Portuguese chess.  He has met over the board most of the world champions : Euwe, Tal, Smyslov, Petrosian and Fischer come readily to mind.  Against Tal Joaquim was the first to make a sacrifice and Tal had to play very well not to fall under his attack! 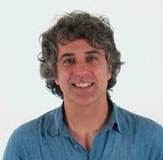 Another good friend of mine, Miguel Babo, has recently put on the internet a video that he produced on the life and achievements of Durao.  You can find it below (ofcourse, it helps if you understand Portuguese, but the photos are excellent just by themselves).
Miguel is an engineer by profession, but also is a chess organizer , a published author, artist and film director.
Share