In the last couple of days 2 of these same adults from the Victoria Chess Club have posted some  childish comments about this writer on the CFC message board.  It is not enough that they be thought assholes by the rest of Canada, but now they must prove it also! 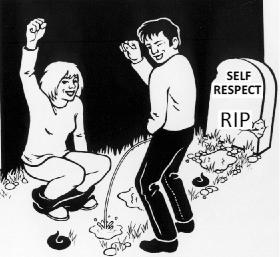 ”Happy New Year to everyone. Here are my predictions for chess in Canada this year:January….…..September – Kevin Spraggett posts a nice blog about someone…” –Paul Leblanc, yesterday

”Now that’s really going out on a limb. I predict that whatever he does post, it will not be the long promised revelations about all the still un-named and vaguely hinted at scandals in Canadian chess. Nor will he withdraw his accusations about a certain fellow who apparently went missing for a while and a lady I happen to know who has done far more for Canadian chess than he ever has. Or likely will, though there is still time for reformation and we should never lose all hope.”