Garry Kasparov wrote a very interesting review of the book CHESS METAPHORS:  ARTIFICIAL INTELLIGENCE AND THE HUMAN MIND , (author: Diego Rasskin-Gutman).  The link is given below, but I reproduce here a few excerpts.  Enjoy!

The Chess Master and the Computer
By Garry Kasparov 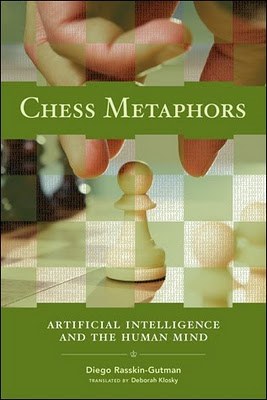 …Excelling at chess has long been considered a symbol of more general intelligence. That is an incorrect assumption in my view, as pleasant as it might be. But for the purposes of argument and investigation, chess is, in Russkin-Gutman’s words, “an unparalleled laboratory, since both the learning process and the degree of ability obtained can be objectified and quantified, providing an excellent comparative framework on which to use rigorous analytical techniques.”

Here I agree wholeheartedly, if for different reasons. I am much more interested in using the chess laboratory to illuminate the workings of the human mind, not the artificial mind. As I put it in my 2007 book, How Life Imitates Chess, “Chess is a unique cognitive nexus, a place where art and science come together in the human mind and are then refined and improved by experience.” Coincidentally the section in which that phrase appears is titled “More than a metaphor.” It makes the case for using the decision-making process of chess as a model for understanding and improving our decision-making everywhere else 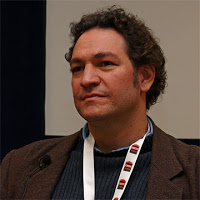 Diego Rasskin-Gutman
…Lured by the substantial prize money, several groups of strong grandmasters working with several computers at the same time entered the competition. At first, the results seemed predictable. The teams of human plus machine dominated even the strongest computers. The chess machine Hydra, which is a chess-specific supercomputer like Deep Blue, was no match for a strong human player using a relatively weak laptop. Human strategic guidance combined with the tactical acuity of a computer was overwhelming….

…With the supremacy of the chess machines now apparent and the contest of “Man vs. Machine” a thing of the past, perhaps it is time to return to the goals that made computer chess so attractive to many of the finest minds of the twentieth century. Playing better chess was a problem they wanted to solve, yes, and it has been solved. But there were other goals as well: to develop a program that played chess by thinking like a human, perhaps even by learning the game as a human does. Surely this would be a far more fruitful avenue of investigation than creating, as we are doing, ever-faster algorithms to run on ever-faster hardware.
…This is our last chess metaphor, then—a metaphor for how we have discarded innovation and creativity in exchange for a steady supply of marketable products. The dreams of creating an artificial intelligence that would engage in an ancient game symbolic of human thought have been abandoned. Instead, every year we have new chess programs, and new versions of old ones, that are all based on the same basic programming concepts for picking a move by searching through millions of possibilities that were developed in the 1960s and 1970s.

Like so much else in our technology-rich and innovation-poor modern world, chess computing has fallen prey to incrementalism and the demands of the market. Brute-force programs play the best chess, so why bother with anything else? Why waste time and money experimenting with new and innovative ideas when we already know what works? Such thinking should horrify anyone worthy of the name of scientist, but it seems, tragically, to be the norm. Our best minds have gone into financial engineering instead of real engineering, with catastrophic results for both sectors.

Perhaps chess is the wrong game for the times. Poker is now everywhere, as amateurs dream of winning millions and being on television for playing a card game whose complexities can be detailed on a single piece of paper. But while chess is a 100 percent information game—both players are aware of all the data all the time—and therefore directly susceptible to computing power, poker has hidden cards and variable stakes, creating critical roles for chance, bluffing, and risk management.

These might seem to be aspects of poker based entirely on human psychology and therefore invulnerable to computer incursion. A machine can trivially calculate the odds of every hand, but what to make of an opponent with poor odds making a large bet? And yet the computers are advancing here as well. Jonathan Schaeffer, the inventor of the checkers-solving program, has moved on to poker and his digital players are performing better and better against strong humans—with obvious implications for online gambling sites.

Perhaps the current trend of many chess professionals taking up the more lucrative pastime of poker is not a wholly negative one. It may not be too late for humans to relearn how to take risks in order to innovate and thereby maintain the advanced lifestyles we enjoy. And if it takes a poker-playing supercomputer to remind us that we can’t enjoy the rewards without taking the risks, so be it.”