“Sticks and stones may break your bones, but watching naked people on stage doing pleasurable things will never hurt you.”–Prof  Bailey
http://faculty.wcas.northwestern.edu/JMichael-Bailey/
Northwestern University has canceled the rest of Prof. John Michael Bailey’s popular Human Sexuality course and placed the teacher under investigation following a scandal over an after-class, optional sex toy demonstration in February. The toy involved was an “adult power tool” called a FUCKSAW  and was demonstrated with a live naked lady and her boyfriend, neither of whom were students at the college.
Bailey’s course will not be offered during the next academic year, said Northwestern U spokesman Al Cubbage on Monday. Bailey has also apologized.

A fucksaw; a perfect X-mas gift for the liberated couple

More than 100 Northwestern students watched as a naked woman was penetrated by a sex toy wielded by her boyfriend during an after-class session of the school’s popular “Human Sexuality” class.   The demo was an optional feature of the class.

More than 600 students take the class, which the course description says “will treat human sexuality as a subject for scientific inquiry.”The woman involved in the demonstration was not a student, according to the Daily Northwestern, NU’s student newspaper. 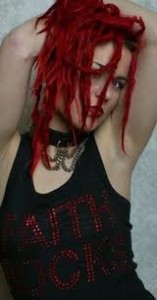 Faith did the live sex demonstration

“Her boyfriend did the penetration on her,” said Ken Melvoin-Berg, who narrated what was happening for the class. He operates the Weird Chicago Red Light District Sex Tour 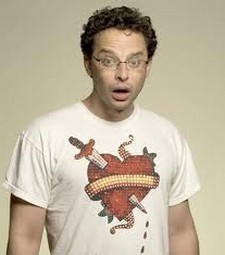 “It is probably something I will remember the rest of my life,” said senior Justin Smith, 21, one of the students who stuck around voluntarily after class when students were told about what they were about to see. “I can’t say that about my Econ 202 class and the material that I learned there,” Smith told The Chicago Tribune.
[youtube http://www.youtube.com/watch?v=g5bUd-qmU_U]

http://faculty.wcas.northwestern.edu/JMichael-Bailey/book.html
From the professor’s website:
”My book, The Man Who Would Be Queen, is about male femininity. You will get a good idea of the specific ideas it addresses if you read the preface .
My Book has provoked a firestorm of controversy among some (but by no means all) transsexuals, who dislike the third section of the book, about male-to-female transsexualism. You can buy my book from the publisher or from Amazon. (Note that the negative reviews reflect the controversy I have alluded to.)”