”Your wish is my command!”

Judging by the response so far, the Canadian chess community believes that Jason Cao’s X-mas gift of 352 rating points being added to his CFC rating was ill thought out and not in the best interests of either Jason Cao or the chess community.
More than 30 readers wrote to me their views on the matter, 100% of them against this decision.  On the CMA message board (chesstalk) more than 100 posts have appeared, a large majority critical of this decision. And on the CFC message board the response has been less (about 30 posts) but the same sentiment rules the day. 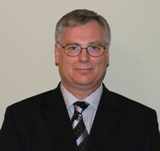 When CFC president Bob Gillanders first announced this decision, it was given with very little explanation; Jason was awarded an X-mas present for having won the U10 championship in Greece and for achieving a provisional FIDE rating of 1921.

There are questions about the lack of a formal process for this decision: the Rating Auditor —Bill Doubleday–did not act on his own initiative or base it on any mathematical calculations.  Apparently  Doubleday merely rubber stamped  a decision already taken by the Executive, pressured by BC governor Paul LeBlanc.

The center of this controversy –that shows little signs of going away–is Jason Cao (born 2000), member of the Victoria Chess Club and one of Canada’s most promising young hopes.  Just a little while ago Jason won the U10 championship at the World Youth Championships in Greece, just the 2nd time that Canada has achieved a gold medal performance in the past 20 years.
Jason has been playing for just a couple of years and has mostly limited his tournament play in Canada to junior tournaments (against very low rated opposition, as is normal in youth tournaments today) and active/blitz tournaments at his club.  There has been some participation in mixed tournaments (adults and juniors together), but very little: on the CFC website we can see that Jason has 63 rated games since he first started playing:  only 23 are in mixed events.  On the Victoria Chess Club site we find thru their own internal rating system  that Jason has played 40 games: only 10 are not blitz or active games.
So we find that Jason has played very little against players with an established rating (either CFC, FIDE or VCC -Victoria Chess Club rating).  Before the Xmas gift Jason’s CFC rating was 1549, based on 63 games (as explained and broken down above).  Even Jason’s FIDE rating (which is provisional) is based entirely on opponents of his own age.
So it should be clear to anyone with a lick of sense that it is unlikely that any of  Jason’s current ratings accurately reflect his real playing strength!  As is typical for any fast-improving youngster…I remember when I got my first CFC rating (1580–I still remember it!) my next 2 tournament games saw me defeat a player rated more than 2000 and then defeat the Champion of Quebec City!  However, by the time the 6-round tournament was over my results were closer to my rating than to my performance rating at the end of the first day of play!
Youngsters are almost impossible to peg with a rating, they keep improving from tournament to tournament! This everyone accepts and understands.  There is little point in placing much emphasis on the current rating of  a rapidly improving junior.  The part that is hard to understand with the CFC’s decision is their rationale to choose to peg Jason’s CFC rating to his provisional FIDE rating.  It is completely arbitrary!
And the timing of this decision–and the explicit packaging of it–as a Xmas gift reeks of abuse of the rating system.
____________________________________________________________
Here are some recent comments  about Turkey-gate:

”It seems to me that the Rating Auditor should be spending his time trying to find ongoing, systemic problems in regions rather than for individuals. It is pretty clear that many players who mainly play in FQE events have seriously inaccurate CFC ratings, for example.
Comments that Jason “deserves” this rating adjustment, as if it were some sort of thank you for a job well done, are silly. Just as FIDE continues to make a mockery of titles by handing them out to players who have not earned them, so the CFC is handing out rating points instead of allowing the players to earn them. Having a high rating or FIDE title is meaningless; accomplishing something (be it becoming 1900 or an FM) is meaningful in the sense that it is achieving something that not everyone else could do.
Chess organizations are robbing players of the experience of earning things legitimately; instead they just hand stuff out. It is a symptom of a society that would like to skip the messy steps to achievement (hard work, personal sacrifice, etc.) and just focus on “being successful”. ”
Tom O’Donnell; chess coach, IM.  (December 28, chesstalk message board)
_________________________________________________________
”His rating was changed to a performance which he has never had in Canada and which he has only had/exceeded once in his lifetime. Sure its not subjective in that sense, its just totally illogical.
The subjective part was VCC members basing it on his VCC performances and comparing it to CFC ratings which is totally speculation. I don’t find any conclusions in your statistics which points to him being awarded a rating from the tournament of his life. The reality is that Jason Cao is likely an A-class player and if WYCC was rated according to the CFC calculator, he would be rated about 1936(from 1569).
If those bonus points aren’t counted, he is a few points away from A-class anyways. I just don’t see whats so hard to understand about that. The rating system isn’t near as bad as you guys put it for dealing with underrated.
Really, though. Whats so hard to understand? The CFC guys just are probably bored and feel like making totally irrational decisions like playing God with the rating system.”
Eric Hansen; IM (December 25, chesstalk message board)
______________________________________________________
”The latest absurdity of giving Jason Cao “extra” rating points is beyond rational thought. I believe most logical, intelligent and honest chess players are appalled over this ridiculous decision. And I don’t get it. Everyone else, juniors to seniors, have to earn every single rating point but for some reason, some people thought that since Jason was a U10 world champion, they would make an exception for him alone. It’s not only stupid but it’s also unethical. It divides us into privileged and non-privileged…”
R.D (December 24; one of my blog readers wrote to me)
_______________________________________________________