Everyone loves a good chess tactic!  Not just for reasons of aesthetic appreciation of its inherent beauty, but also for how often  we find ourselves  surprised by the power and energy with which a tactic can immediatly decide the outcome of the struggle.
One of the most popular features of this blog are the daily tactics that I demonstrate (or ask the reader to find for himself).  Immediately below is a really cute sacrificial attack that I came across just yesterday.  Below this example are another 10 tactics taken from games played recently.  ENJOY!  Solutions will follow shortly. 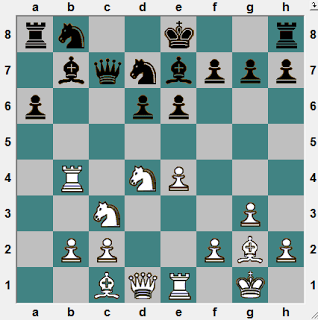 GM  Perunovic
There is always danger in a position when one of the players does not (or refuses to) castle early and then proceeds to ignore the gathering clouds…Here White has amassed considerable fire-power bearing down on Black’s position.  He strikes with great energy:
13.Nf5!  PxN  14.RxB!! 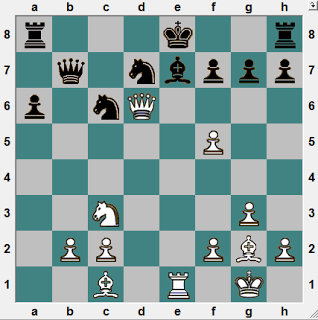 Black is busted!  It is a credit to his skill that he was able to resist as long as he did….

FM  Rogac,S
From a recent (September,2012)  Serbian Team League competition.  White is a pawn up but is facing tough resistance , especially due to the presence of opposite-colour Bishops. Finally, an opportunity has presented itself to quickly finish the game…
WHITE TO  PLAY AND WIN! 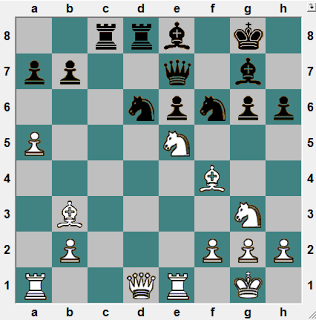 GM  Hebden
From the recently finished Guersney International.  Mack has been slowly outplayed and pushed back by the relentless English grandmaster…now the opportunity makes itself present to finish off the Black player.
WHITE TO PLAY AND WIN!
Degree of difficulty:  EASY
———————————————————
3.
FM  Martic,I

IM  Velickovic,S
Also from the Serbian Team League…a theoretically popular line of the Spanish has lead to a critical position.  Black has just played the imprecise 17…Qd7.  Now White has an opportunity to display his tactical skills and secure a clear advantage.
WHAT IS WHITE’S BEST CONTINUATION?
Degree of difficulty:  VERY TOUGH
——————————————————–

GM Negi
From the Tchigorin Memorial in St.Petersburg today.  It has been a tough fight but the Indian star has kept up the pressure and has reached a winning position, despite Moiseenko’s best efforts.
WHAT IS WHITE’S BEST CONTINUATION?
Degree of difficulty:  EASY
————————————————–
5.
GM  Bogosavljevic

GM  Mastrovasilis,A
Once more from Serbia.  Black has an obvious advantage and can now take the b-Pawn with impunity.  HOWEVER,  he has a much stronger continuation.
BLACK TO PLAY AND WIN IMMEDIATELY! 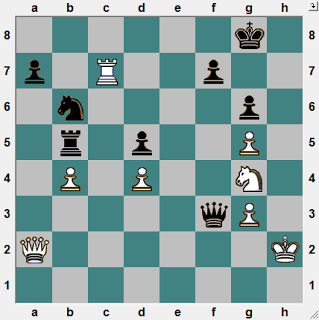 GM  Pavlovic, Milos
Also from Serbia!  Opposite-side castling has lead to a very critical position.  Black is attacking the White Knight and should it retreat to d1 then 20…g5! will give Black the upper hand.  THEREFORE, Pavlovic courageously pushed forward with his attack:
20.Nd5!!

Beautiful play!  The entry of the White Queen into the attack should soon end the game in White’s favour…
21…dxe4  22.Qxb5  Nb8

Now the simplest way to win is 23.Qb7-ch followed by 24.Ba5 when Black is dead lost and can resign, as the reader can verify for himself.  INSTEAD, White threw away almost all of his advantage with the careless 23.c6-ch, and his misfortune did not end there:  he even lost the game!
9. 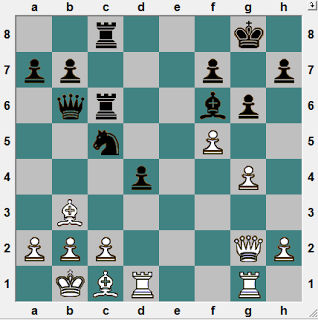 IM Nestorovic
Also from Serbia.  A sharp position has resulted from the Sicilian Defence.  In this kind of position everything depends  on the ability to quickly create threats.  It is White’s move…
HOW DID WHITE GET A CLEAR ADVANTAGE?
Degree of difficulty: TOUGH
—————————————————
10.
IM  Novoselski

IM  Govedarica
From Serbia.  Once again a very sharp position, with Black’s last move attacking the White Queen.  But this time White’s pieces are definitely more active than his counterpart and he has a surprisingly strong continuation…
HOW DID WHITE GET A DECISIVE ADVANTAGE?
Degree of difficulty:  EASY
———————————————
SPRAGGETT   ON   CHESS