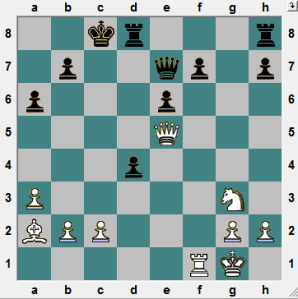 Bundesliga this past weekend.  Position after White’s 22nd move.  The game continuation saw 22…Rhg8?!  23.Rxf7!  winning immediately (the coming Bxe6+ will win the Queen).  Ofcourse, a better defence is 22…Rhf8, leading to the following position: 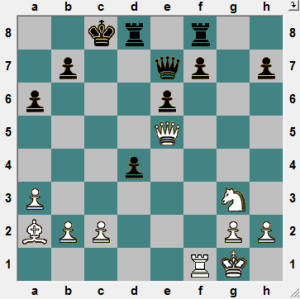 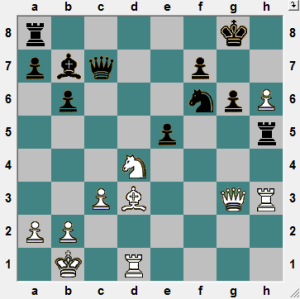 Bundesliga.  Position after 24 moves of play.  White has played aggressively on the Kingside, sacrificing a pawn for the initiative.  Now all of White’s pieces are on the optimum squares…it is time for the show. 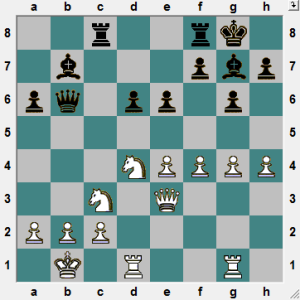 Bundesliga.  Position after 20 moves of play.  Black has sacrificed a pawn for play on the Queenside.  Correct for White now is 21.Rg3!, when Black must still prove that he has enough compensation.  INSTEAD, White played 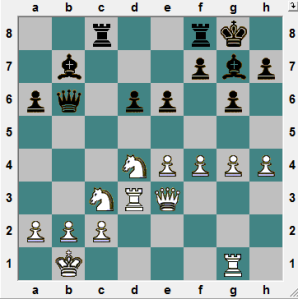 Planning to double on the d-file.  A good idea–in general–but not in this position! 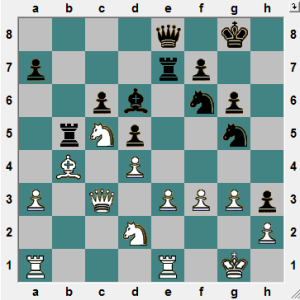 Bundesliga.  Position after White’s 28th move.  It has been a manoeuvring game so far.  White has successfully blockaded the weak c-pawn, while Black has created good Kingside chances, his Knights nicely ready to pounce at the first opportunity.

But the real problem in White’s position is his e-pawn: it is the only thing that stops Black from immediately breaking thru! Black, having the move, found a very clever way to solve this problem…

WHAT IS BLACK’S BEST ATTACKING LINE?