Tuesday potpourri and other nonsense

The world needs Harry back! 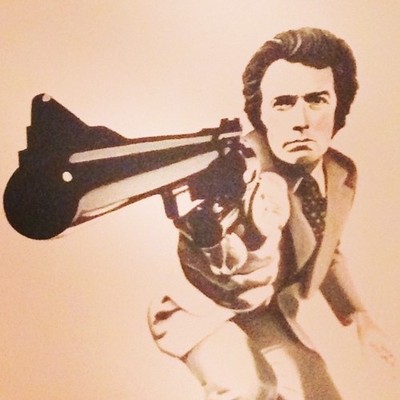 The civilized world seems to be spiralling out of control. There are wars everywhere! Our grandmothers are being spied on. American and Canadian civil police forces now use military-grade tactics and arms against peaceful protestors. Terrorism is spreading and thousands of our fellow citizens are lost and are heading to the middle-east for training and to fight against failed American and British foreign policy. Obama wants us to believe there are good terrorists and bad terrorists. Hardly any country respects international law or fundamental human rights, and pharmaceutical giants aren’t doing nearly enough about the deadly Ebola virus because they don’t see enough profit to be had.

If you are like me, then I need to keep things prioritized : FUCK the politicians’ BULLSHIT! They are ones that created this mess.  I want my LIFE back to when things were simple: is human dignity and a little respect for basic law and order asking too much? Today, some 40 years since those Dirty Harry films first appeared, what the  world needs most is a hard-ass like Harry to end all the bullshit.

This is no joke!  Although a bit dated (the story goes back to around the beginning of the year)  this story proves that nothing is sacro-saint anymore in Obama’s America.  My God!  Using a squirrel to stab your husband because there was no beer in the house? Walt Disney must be rolling over in his grave…

Helmut Newton (born Helmut Neustädter; 31 October 1920 – 23 January 2004) was a German-Australian photographer. He was a ‘prolific, widely imitated fashion photographer whose provocative, erotically charged black-and-white photos were a mainstay of Vogue and other publications’– wiki

David Lynch and Isabela Rosselini.  One of the most sensual photos of all time! 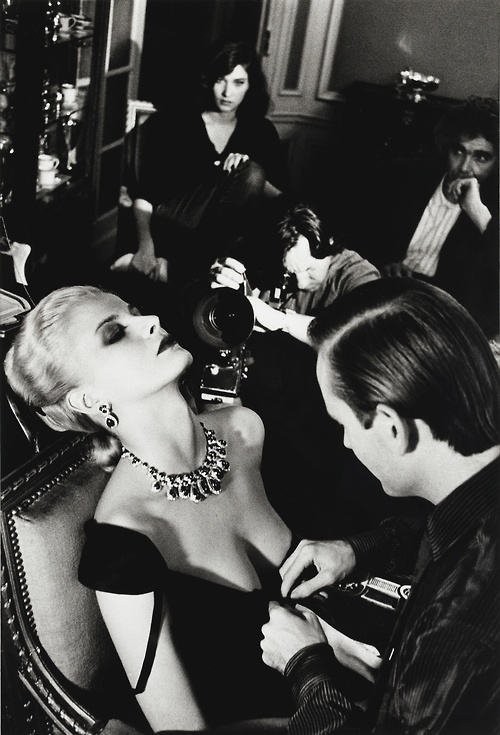 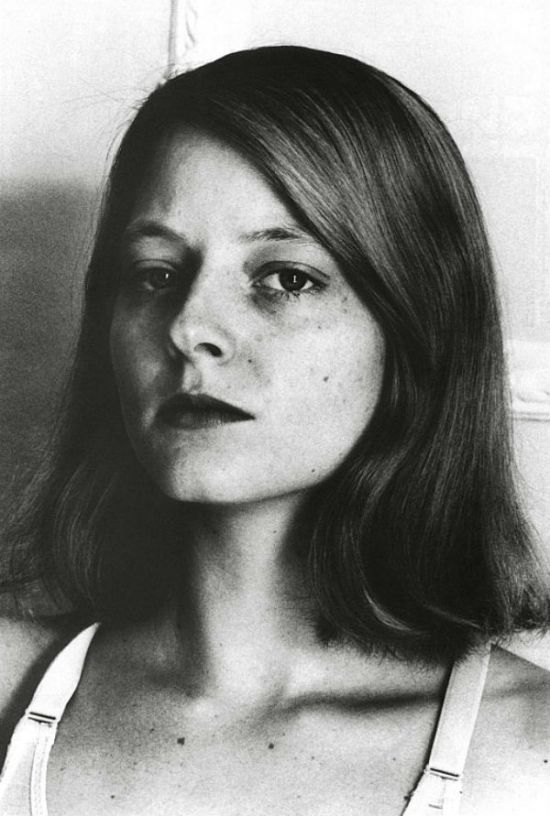 A tribute to Helmut Newton  HERE

THE RAIN IN SPAIN…

Ah!  My favourite  WGM Ana Matnadze getting close to a dashing bullfighter

A game in the LIFE of Paco

Paco arriving at the board yesterday against Anand. The spanish superstar is not one for suits and ties…preferring to dress casually.

Paco looking into space, trying to remember the theory…apparently Vishy had played a line that was a bit of a surprise.  Paco played a good and interesting game…until he lost it all on the 26th move. 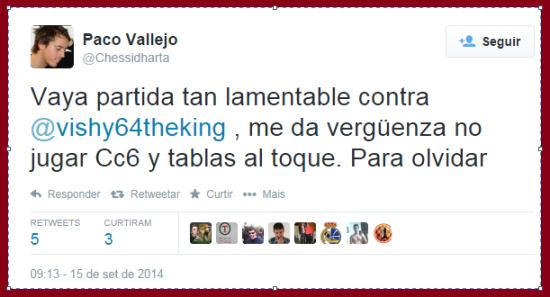 Paco, on his twitter, lamenting his 26th move, that threw everything away.  He writes here that 26.Nc6 would have drawn with ease…a game to forget!

The critical position.  After 25 moves of play.  Paco has sacrificed an exchange, but his strong pawn on c7 is full compensation.  In the game the Spanish superstar played 26.Nb5?, overlooking that after 26…a6! the planned 27.Na7 loses the Knight after 27…R8xc7! 28.BxR RxB and the Knight has no exit.  Paco therefore played 27.Nd4, but after 27…Ne4! Black picks up the c-pawn with a won ending.

Paco should have played 26.Nc6! and after 26…a6  just bring in his King and wait. Neither side can make any progress and the game is a sort of positional stalemate.  A draw is the correct result. Note that 26…Ne4 is met with 27.Be5!  The position after 26.Nc6! is worth careful study…

MEANWHILE, BACK AT THE RANCH… 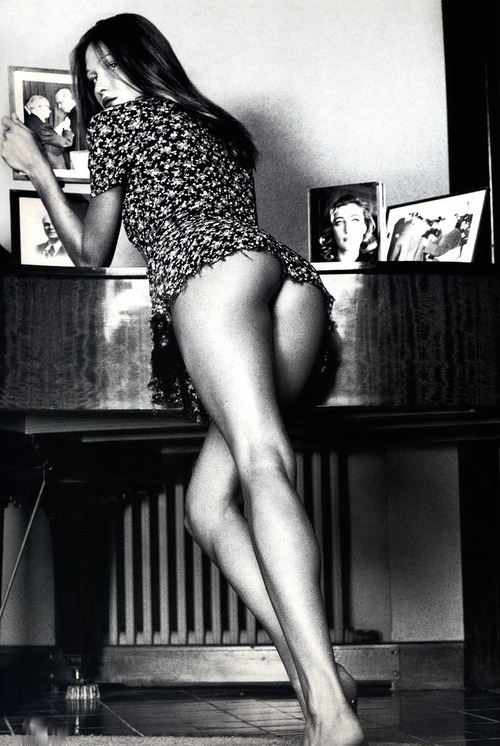 More Helmut Newton! (But not the girl!)  1992 Carla Bruni with Family Photos, at home in Cavalière, France.