CHESS UN-PLUGGED!
Inspiration!  What sets chess apart from all other games, and most sporting activities, is the ability to inspire both players and spectactors alike. Sometimes it is the brilliance of an individual move that captures our imagination.  Other times we are inspired less by the moves themselves, but instead by the consistency with which a player wins tournament after tournament.
When Morphy went over to Europe and beat everyone insight, he inspired a totally new generation of chess players that would eventually change how the game was played. Steinitz based much of his theories of position-chess on how Morphy could win so often and so effortlessly.
Later Alekhine’s victory over Capablanca in Buenos Aires 1927 would give a new dimension to the strategic importance of chess in the modern world.  A new class of chess professionals arose as a direct consequence.  This was further advanced by Bobby Fischer’s historic victory over Spassky in the summer of 1972.

Millions of new chess fans were attracted to the game back then.  Today the same can be said of Anand’s influence in Asia and , more recently, Carlsen’s meteoric appearance onto the world stage.
Almost all of us are inspired by the game, its moves or the super-hero achievements of its stars. Chess stirs our imagination.  The very nature of the learning process thru which we advance in the chess ranks nurtures our own creative side and, in turn, inspires others.

The advent of inexpensive, commercially available chess engines and databases has had a negative influence on chess in recent years.  Computer-chess does not inspire us.  A computer does not distinguish between a brilliant move and an ordinary move.  How can it?  Makers of such chess programs don’t even take the creative process into consideration.  Artificial intelligence (AI) went out the window a long time before…
So it is no wonder chess is becoming increasingly marginalized in the media, chess columns are dropping like flies and sponsors are becoming fewer and harder to find.  We are in danger of using technology to hurt the very integrity of the game and to play the game less like the humans we are.
It is  the responsibility of each and every one of us, as chessplayers, to not let whither and die what has inspired us to take up this great game in the first place. Chess is , by nature, a passionate and fertile activity, and we should be willing to fight for it to remain as such… 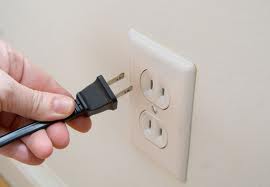 gm  GRIGORIANTS,S
From the European Individual Championship in Poland.  A Tarrasch Defence has gone wrong for the Black pieces…White has built considerable pressure in the centre and the Black King has found itself employed in trying to hold things together….
WHITE TO PLAY AND WIN!