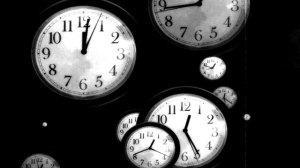 From the recently finished Barcelona Magistral tournament.  Position after 28 moves.  White has a menacing position on the Kingside and for this reason Alsina decided to offer the exchange on e6.  Alsina’s idea is that if now 29.BxR PxB he might soon get some threats along the long diagonal with …d4 and …Qc6.  Atleast White would have to defend scale back his offensive and Black would still be kicking…

HOWEVER, the tournament winner was not willing to surrender the initiative!  He chose another line of attack…do you see it?

WHAT IS WHITE’S STRONGEST PLAY?

From the Barcelona Magistral.  Position after White’s  37th move.  Though both sides have problems, the position is drawn with correct play.  The White Queenside is no less  vulnerable than Black’s Kingside.  White can never play Be4 because after the exchange of Bishops Black continues …Ke6! with a zugzwang position for Black!

So the best course of play in the present situation is to play 37…Ke7 and shuffle his King back and forth on the 2nd rank.  HOWEVER,  probably upset with himself for having spoiled a promising position just several moves earlier, Shankland hurriedly played 37…Ke6??

WHITE TO PLAY AND WIN THE GAME!

Jakarta, October  2013. Position after 21 moves.   Opposite-side castling and the typical fight for the initiative.  Black seems to have everything on the Queeside under control, and he is poised to start active play along the g-file…OFCOURSE, this would be true for the fact that the White Queen has embedded itself in a really strong position!