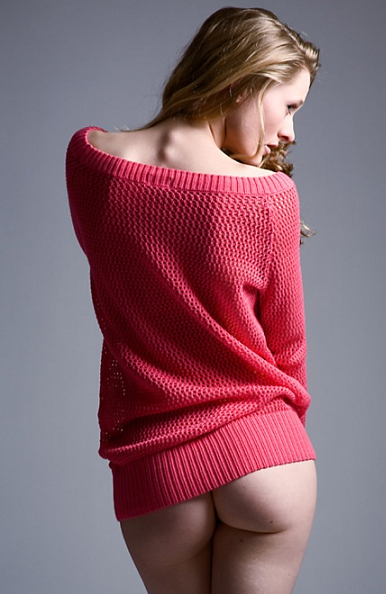 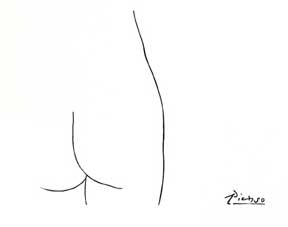 Amazing how Picasso does not have any original drawing that cost less than $300,000 in today’s market. This butt drawing is insanely simple. It looks like it belongs to Paris Hilton which would obviously be wrong since Paris wasn’t even born when this drawing was made.
link
Picasso’s etchings on the theme of Ovid’s Metamorphosis are the first great graphic works of his classical period in the early 1930’s. Femme or known as Fragments de corps de Femme is one of the thirty sketches belonging to the book by Ovid. It was in these works that Picasso developed the superb clarity of etched lines and which marks out the prints of this era as amongst his most beautiful early graphic works.
Femme was sketched by Picasso in 1930. In his drawing, Picasso depicts the back and the buttocks of a female figure. This etching is executed in a pure, classical line, almost sensual and erotic.
Picasso’s neoclassical period which began about 1920, may have resulted from his contact with classical art in Italy and with the ballet, which reawakened his interest in the human figure. Though Picasso did not abandon cubism, his forms in this style became more curvilinear as is the case with the etching Femme.
The series of executed etchings in 1931 for the Metamorphoses of Ovid are among his finest illustrations. Picasso began to work on the thirty compositions in September 1930. At this date he was just at the beginning of his relationship with Marie Therese Walter. She was the inspiration for the female figures in many of the Metamorphoses compositions, maybe even that of Femme.
link