The examples presented here are from the first round of the World Cup taking place in Baku. Solutions at the end. Goodluck! 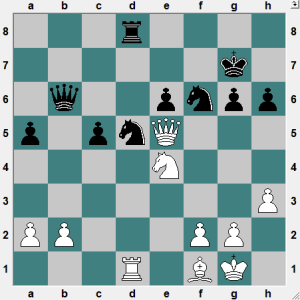 Position after 30 moves. Black has been suffering since the opening, and the most that can be said of his game is that atleast he has maintained material equality.  This won’t last much longer… 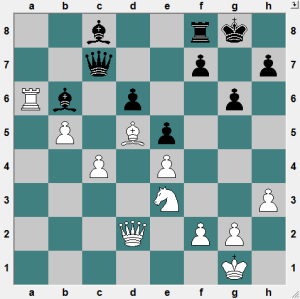 Position after 28 moves.  Black had just played 28…Bc8, attacking the White Rook. It is always instructive to see how this young Frenchman exploits his advantage.  Here, besides the extra pawn, White has dominating pieces.  Surely there must be a way to finish Black off quickly… 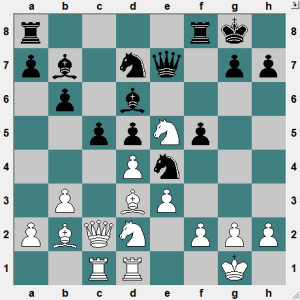 Position after 14 moves.  I like this example! The position hides some interesting tactics.  At first sight, with Black’s Knight securely anchored on e4, one would think that little bad can happen to Black. 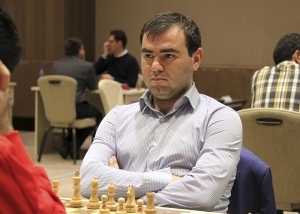 Mamedyarov looking quite confident before the game starts.  Photo courtesy of tournament organizer.

But the secret of the position is to realize that while Black has spent valuable time to do this, he has neglected to move his Rooks into the centre…

HOW DOES WHITE GET THE UPPER HAND? 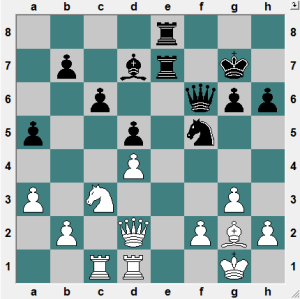 Position after 30 moves.  Black has the better pawn structure and therefore must stand better.  Espectially not wanting to get ground down by the Russian’s famous positional mastery, White found a clever tactical idea:

HOW DOES BLACK KEEP THE ADVANTAGE?

Position before Black’s 17th move.  White has played the opening too aggresively against the former world champion and now finds herself in deep trouble. 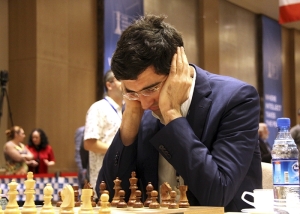 Kramnik can get a clear advantage with 17…b4!?, though after 18.Nxd5 Qe6 19.e4 Nxe4 20.Qa4+!? White sould still have some swindling chances. One of the marks of an extra-class player is never giving one’s opponent undeserved chances.

MOST BIZARRE MOVE OF THE ROUND?! 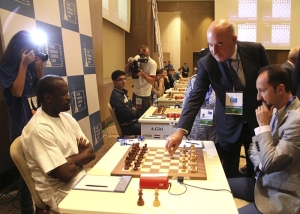 Position after White’s 17th move (17.h4)  Black has misplayed the opening and now finds all of his pieces (or almost all) on the back rank.  A miserable position for Black!  BUT did Black lose heart and resign himself to passive defence?  NO  WAY!! 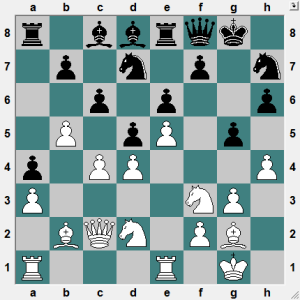 The triple exclam is not for the chess-merits of the move (does it have any point?) but for the courage and spirit of Adu in trying to make a fight of it.