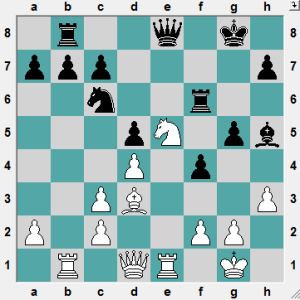 Canadian op 9th  Vancouver 1971.8.30  Position after 19 moves. Black has played a bit too loose on the Kingside (advancing his pawns),but never the less APPEARS to have everything covered. Black had primarily focused on 20.NxN BxQ 21.RxQ+ RxR 22.Ne5!? with interesting play for the exchange… 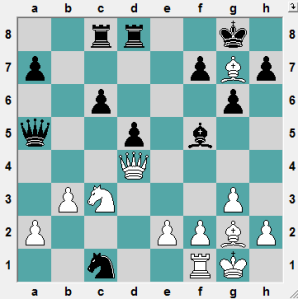 Wijk aan Zee  1972.  Position after White’s 21st move (21.Qd4?). The Soviet grandmaster (the Cold War was still going on!) must have felt confident here, dreaming of mating the Black King along the a1–h8 diagonal.  How else to explain missing such a simple tactic?

Lone Pine 1973.  Position after 14 moves.  Black has not played very precisely in the opening, and now White has dangerous possibilities. Black is mentally prepared for 15.Ng5!? Rf8 16.Nxf7 RxN 17.Qc4 Nf8 (18.Nb5!), but what happens in the game must have come as a complete surprise… 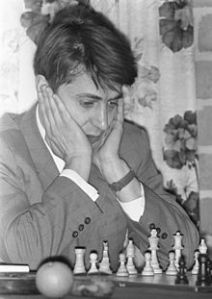 Alexander Savon (1940–2005) was a Ukraine grandmaster and one of the strongest players of his generation. He had a fiery temper, and this is Browne’s account of how Savon resigned his game:

“In Wijk aan Zee I beat Savon, the then Soviet Champion, in 21 moves with Black. When he lost it was the first time I ever saw emotion from a Soviet. He hit the table. Pow! He showed his anger and frustration. It was a very interesting experience to see that.”