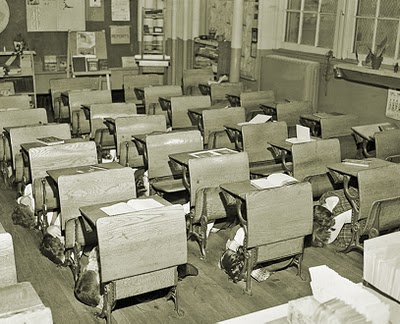 Duck and cover drill in a US school classroom in the 1950’s. Supposedly to protect them against a nuclear blast, but more likely to condition the students to fear anything that threatens the American way of life.
“Because they don’t teach the truth about the world, schools have to rely on beating students over the head with propaganda about democracy. If schools were, in reality, democratic, there would be no need to bombard students with platitudes about democracy. They would simply act and behave democratically, and we know this does not happen. The more there is a need to talk about the ideals of democracy, the less democratic the system usually is.”
Noam Chomsky
Share