TODAY’S TRAINING SESSION!
FROM THE GAMES OF GM LEONID SHAMKOVICH.  White to play and win in each one, unless stated otherwise. Solutions can be found HERE 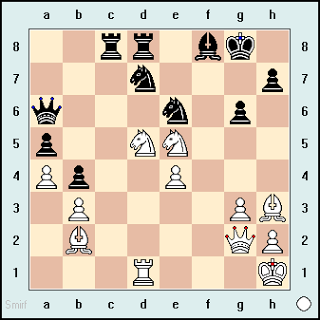 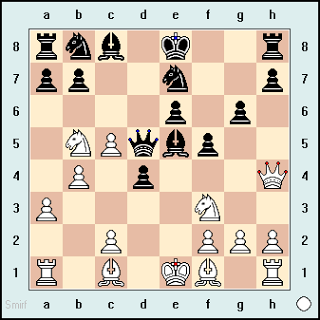 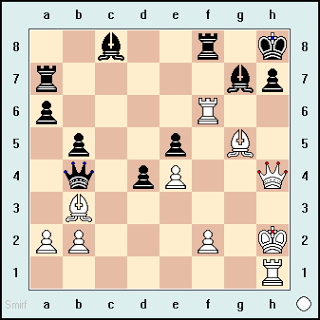 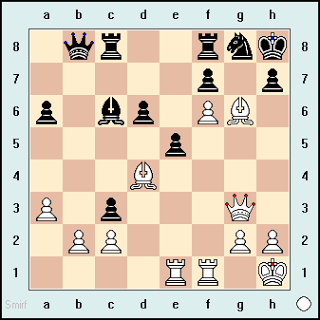 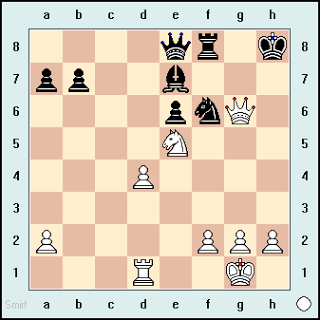 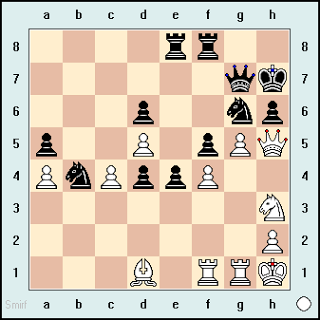 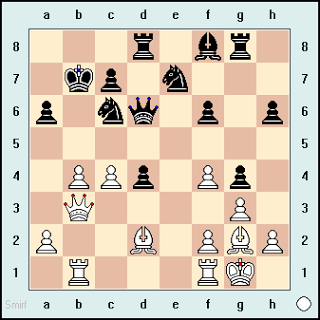 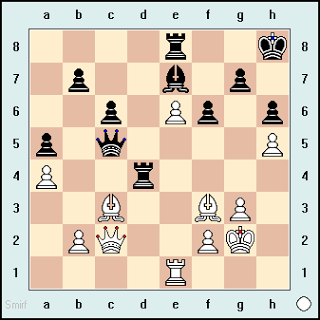 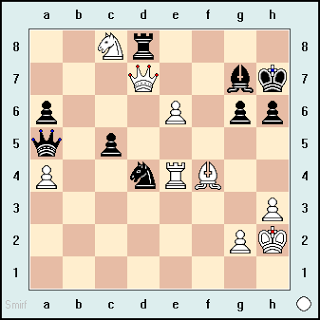 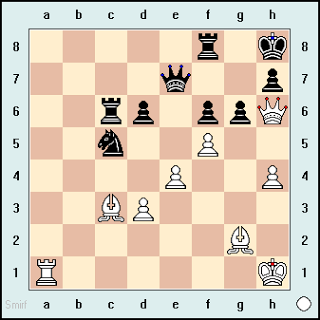 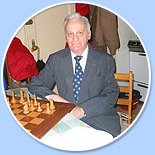 JUNE 1,1923 to APRIL 22,2005
Leonid Shamkovich was born on June1,1923 in Rostov-on-Don, USSR, and began playing chess at the age of nine. In 1941, at the beginning of World War II, his family was evacuated to Tbilisi in Soviet Georgia, where young Leonid became a Candidate Master.
After the war, Shamkovich moved to Leningrad, where he graduated from the university with a degree in physics and earned his Master’s title in three years. Soon he abandoned all pursuit of a ”mainstream” career to become a chess professional, combining tremendous activity as a player with internationally recognized work as a theoretician.
Between 1954 and 1974, Shamkovich was extremely active in the USSR. He was twice Russian Republic Champion (1954,1957) and Moscow Co-Champion with David Bronstein in 1963, narrowly losing a playoff 2.5-1-5. He participated in the famous Kiev USSR Championship with a stellar field of Soviet grandmasters, including Korchnoi, Stein, Bronstein, Tal, Geller, Kholmov, Suetin and Vasyukov. He went on compete a total of six times in the USSR Championship, sharing 5th place in 1964.
In 1962, Shamkovich competed in his first international tournament, the Moscow International, finishing equal third behind Averback and Vasyukov and earning an International Master norm. In Marianske Lazen (1965) he finished third behind Hort and Keres, achieving his first grandmaster norm. At Sochi (1967) he tied for first with Krogius, Simagin, Spassky and Zaitsev. During this same period, Shamkovich was also second and trainer to Tal (1965) and Stein (1972), publishing a prodigious number of theoretical works, including the book ”Sacrifice in Chess”. During 1969-1972 he won three international tournaments in Romania and Hungary.
In 1975 he emigrated to Israel, winning their Open Championship. The following year he came to the US via Canada and established permanent residence. He has been a US citizen since 1983. Since arriving in the US he has won the US Open twice (1976,1977), qualified for the 1979 Interzonal in Rio, and competed in the 1980 Malta Olympiad. Shamkovich is still playing strong chess, writing internationally recognized books and articles, and serving as one of America’s most qualified and experienced coaches.
Shamkovich is a popular author. His book ”Sacrifice in Chess” was translated for publication in the US. He has authored or co-authored works such as ”The Tactical World of Chess”, ”Fischer vs Spassky, 1992” and ”The Schliemann Defense”, among others.”
(From the introduction of ”The Chess Terrorist’s Handbook”, 1995)
This biography does mention that Shamkovich won the 1975 Canadian Open in Calgary. I also participated in this tournament, finishing in 2nd position right behind him. 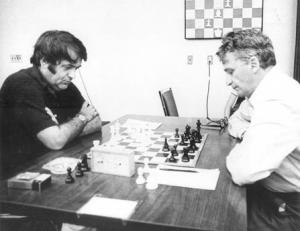 L.Shamkovich (52 years old) playing B.Brebrich(left) at the 1975 Can Open in Calgary
Shamkovich was the 1st grandmaster that I had ever played in over the board play! I met him in the penultimate round of the Canadian Open.  I made a draw, very complex and messy. My position after the opening did not give my fans much optimism, but I kept things under control, played ingeniously and even got the upper hand before mutual time trouble led the game to an inevitable draw.

The critical position.  Black is to play.  What should I play?
This was a memorable game for me. Shamkovich was an experienced Soviet GM who had won many international tournaments, and he was having a great tournament in Calgary. I was inexperienced, not even an IM in those days, and a bit nervous to say the least! But I had excellent nerves and fought for a victory right from move one!
Today’s players find it difficult to relate to the situation of the chess world back in the 70’s: there were few Grandmasters in those days. Today there are more than 1000 GMs! The reason is that in those days the GM title was a much more respected and difficult title to achieve. Only the very best players got the GM title!
Today any master has chances to get a GM norm! Chess organizers and chess politicians have destroyed the essence of the Grandmaster title…
In 1970, only the World Champion kept his GM title for life; all others had to get regular norms to maintain it. How to get a GM title in those days: first it was impossible in Open tournaments; next, you had to score 55% against ALL the GMs in your round robbin tournament, and 85% against ALL the IMs.
Back in those days there were also very few tournaments in Canada where Grandmasters would be interested in playing. The Canadian Open was about the most prestigious tournament at the time. Montreal was pretty dead chesswise (except for Andre Langlois, it still is!), and I grew up on weekend tournaments and the occcasional Quebec Open.
But back in the summer of 1975 I was about GM strength anyway! I was young, talented and worked very hard on the game at home. Less than 1 week after the Shamkovich game I had to play against Grandmaster Abe Yanofsky in the Canadian Zonal ( with the black pieces), and I won! It was only bad luck and inexperience that prevented me from winning the 1975 Zonal…
————————————
Share