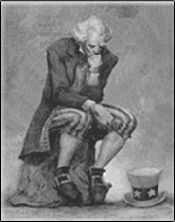 I continue with the series of studies by Kasparyan (1910-1995).  I have always been a big fan of this master composer, and I can not tell you how much enjoyment I have gained over the years from trying to solve hundreds of his creations.
I only hope that some of them are not so difficult for my readers that they will become discouraged from attempting the solution.  Problem-solving is an important part of the training necessary to master the game of chess.  Good luck!

A hint: Black’s Rook gets trapped on a8. Do you believe that?

Genrikh Kasparyan ( February 27, 1910 in Tbilisi — December 27, 1995 in Yerevan) is considered to have been one of the greatest composers of chess endgame studies. Outside Armenia, he is better known by the Russian version of his name Genrikh Moiseyevich Kasparyan or Kasparian .
Gasparyan became a national master in 1936 and an international master in 1950. He was awarded the titles of International Judge of Chess Compositions in 1956 and International Grandmaster of Chess Composition in 1972, the first composer to receive this title from FIDE (Harkola 2007).
Gasparyan was also an active chess player, winning the Armenian championship ten times (from 1934 to 1956, including two ties with future World Champion Tigran Petrosian) and the Tiflis championship three times (1931, 1937, 1945). He reached the USSR Championship finals four times (1931, 1937, 1947, 1952), but never finished higher than tenth place.
Gasparyan is best known for his compositions. He started with chess problems, mainly three-movers, but soon discovered that his best field was in endgame studies. He wrote several books and collections and composed about 600 studies, many on the theme of domination, winning 57 first prizes. He won the USSR Composing Championship several times (Sunnucks 1970).