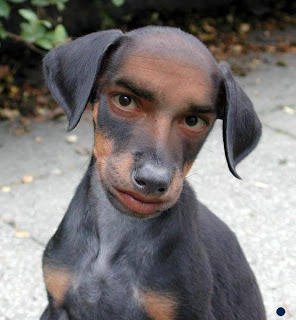 A young cowboy from southwest Saskatchewan goes off to college, but halfway through the semester, he has foolishly squandered all his money.
He calls home.
‘Dad,’ he says, ‘You won’t believe what modern education is developing! They actually have a program here in Regina that will teach our dog, ol’Blue how to talk!’
‘That’s amazing,’ his Dad says. ‘How do I get Ol’ Blue in that program?’
‘Just send him down here with $1,000’ the young cowboy says. ‘I’ll get him in the course.’
So, his father sends the dog and $1,000.
About two-thirds through the semester, the money again runs out. The boy calls home.
‘So how’s Ol’ Blue doing, son,’ his father asks.
‘Awesome, Dad, he’s talking up a storm,’ he says, ‘but you just won’t believe this they’ve had such good results they have started to teach the animals how to read!’
‘Read! ‘says his father, ‘No kidding! How do we get Blue in that program?’
‘Just send $2,500, I’ll get him in the class.’
The money promptly arrives. But our hero has a problem.
At the end of the year, his father will find out the dog can neither talk, nor read. So he shoots the dog.
When he arrives home at the end of the year, his father is all excited.
‘Where’s Ol’ Blue? I just can’t wait to see him read something and talk!’
‘Dad,’ the boy says, ‘I have some grim news. Yesterday morning, just before we left to drive home, Ol’ Blue was in the living room, kicked back in the recliner, reading the Leader Post, like he usually does. Then he turned to me and asked, ‘So, is your daddy still messing’ around with that little redhead who lives in town?’
The father exclaimed, ‘I hope you shot him before he talks to your Mother!’
‘I sure did, Dad!’
‘That’s my boy!’
The kid went on to be a successful lawyer.
Thx roots!
Share