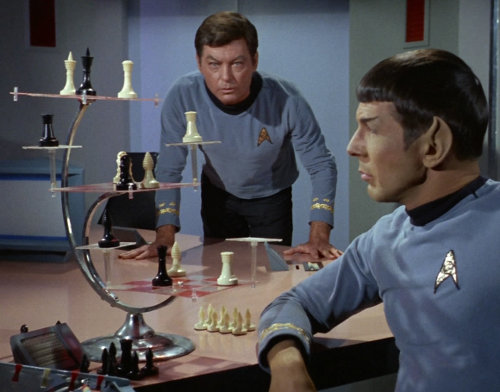 Vavulin
From a tournament in Moscow last month.  Black has just played 24…b5 , hoping to fianchetto his Bishop and get some counterplay.  However, White is not going to give Black that pleasure…he strikes first against the enemy King:
25. Rf6!!

Threatening in many lines to simply chop off the h6-pawn, exposing the King.  And now ofcourse not 25… gxf6? as 26. Qxh6 Kg8 27. Rg4# makes it much too easy for White!  Black’s reply is virtually forced and his only chance of resisting:

gm Kozul
From a tournament in Zagreb over the weekend…Black has an awkwardly placed Rook on d6.  Kozul finds an ingenius method to exploit this fact and comes up with one of the most original attacking themes seen so far this year!
But then Kozul gets carried away and screws up when a simple win was to be had.  He simply hallucinated…But no matter, as his opponent also hallucinates and resigns in a position where he is BETTER!  Gawd, I love chess!
17.RxB!!

This surprising attack combines a number of well known themes, including the pin and the direct mating threat.

M.Ostovic
Also from the Zagreb tournament this past weekend…Black’s sense of danger must have escaped him when he closed the centre with 14…c4.  Now White has a free hand to attack the Black King, and he has 5 pieces (count them: five!: Queen, Rook, Bishop and 2 Knights) to do so with…
15.Rxg7!

Bears shit in the woods, don’ they?

Dvirnyy
ALSO from the Zagreb tournament.  Position after Black’s 10th move (10…Nd4):  I suppose everyone was expecting a rational continuation like 11.g4!?  Bg6! 12.Be3 Nxf3 13.Qxf3 with an unclear and interesting fight in the works…
INSTEAD, WHITE PLAYED THE UNBELIEVABLE:
11. Nxd4!!??

Wow!  In a lot of the ensuing lines White will only get 2 minor pieces for his Queen, but the Black King is exposed in the centre and his companion the Queen is not any less so…
PERHAPS the most amazing thing is that the sacrifice is entirely sound!  The best that I can find after taking a look at it for a bit is an equalish ending….BUT, in practice, Black has to find a lot of good moves and avoid a number of cunning traps before he gets there…
THE GAME CONTINUED:

Now the threats become concrete.  The family fork on f6 is a concern.

Remarkably, with only 2 pieces for the Queen, White is much better, if not  with excellent winning chances even with PERFECT play on Black’s part.
Depressing as it may be, Black should now seek salvation a pawn down in an opposite colour Bishop ending after 15… Qxe6 16. Nxc7 Ke7 17. Nxe6 Kxe6 18. c3
INSTEAD, THE END COMES UNEXPECTEDLY QUICKLY
15…Kf7?  16.Bh5!

Black will soon  be a piece down!
1-0
A remarkable concept!