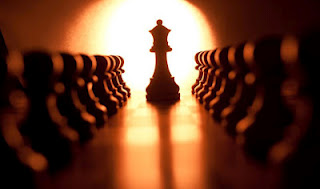 In the immediate aftermath of the disasterously non-combative  Anand-Gelfand match in Moscow, millions of fans are asking themselves if chess has infact become exhausted!  Opinions range the gamut of the spectrum.   Capablanca-fatalists and Anand-apologists are infact just a minority (correcting for the fact that there are more than a billion Indians) and the consensus seems to be–from what I can see–that we just are not trying hard enough!
Gary Ruben, a gifted Canadian correspondence player and organizer, has said it best today:
”As long as players insist on playing the same couple of openings with white and the same couple of defences with black, it will be easy for an opponent to prepare.  The solution is not to embrace Fairy chess.  It’s for the players to broaden their repetoire in regular chess.”