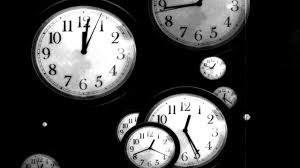 “Decisiveness is often the art of timely cruelty.” ― Henry Becque

From the Philly Open last Saturday.  Position before Black’s 28th move.  White stands better, Black having little coordination and even a pawn less!  Black must do something quick, for otherwise White will simply advance his Kingside pawns and win the game.

Therefore, Black decided to play psychologically and try to shock White, playing a tricky but inferior move (inferior to 28…c3, that is):

Psychology is important in chess because , as humans,  our logical thinking processes can  sometimes be derailed by emotions and fears, resulting in our playing (or our opponent for that matter) a confused and lower level of chess.  Most mistakes, for example, can be explained by psychology.  HERE White should have played 29.Kb1! (getting his King out of harm’s way) and after 29…Nd3  30.RxN! PxR 31.Bxf6! and 32.g5 with excellent winning chances.

It is not clear what White had  overlooked, but he is dead lost.  Black threatens mate starting with 31…Pxb2+, and if 31.Bxf6  c2!! wins the house, and I love the picturesque 31.Bc1  c2! mating the White Queen!