“The strongest of all warriors are these two — Time and Patience.” 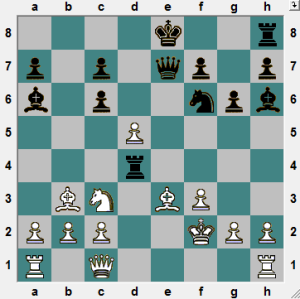 White  must now play courageously and advance his King:  18.Kg3!  Qe5+ 19.Kf3! Qf6+!.  Curiously, Black does not have better than giving perpetual check.  INSTEAD, Haszai plays ”safer”…hiding his King on the first rank.

BLACK TO PLAY AND MATE IN TWO! 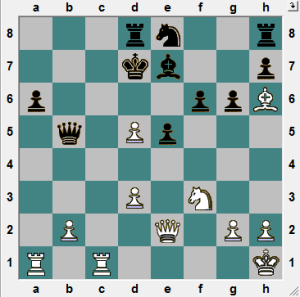 Budapest  1972 Hungarian Ch Position after 22 moves.  Ofcourse Black is busted, his King stuck in the centre and having not a shred of counterplay.  Even so, White plays elegantly…