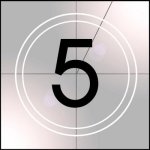 The following examples are from the World Team Championship , taking place this week in Turkey.  Good Luck! 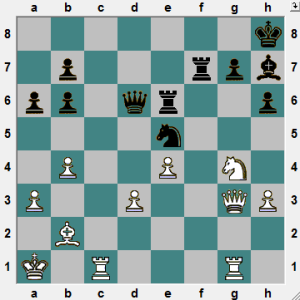 Position after White’s  30th move.  The game has been  wild and complex, with opposite side castling and uncompromised fight for the initiative.  Now it is time for Black to play safe and exchange Knights on g4.  INSTEAD, Black got greedy and took the d-pawn 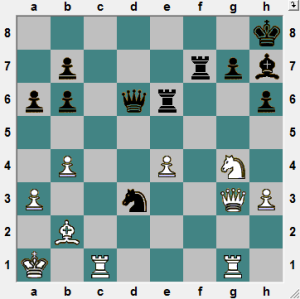 Sometimes (but more often than one would want to admit!) it is easy to lose one’s objectivity in the middle of a passionate struggle and grab material that is poison.  Here Black was only counting on White immediately exchanging Queens on d6…he is in for a surprise! 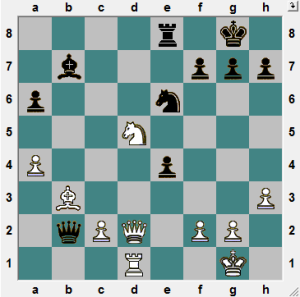 A deceptive-looking position where Black seems to have a reasonable game, but infact the truth is different.   White must have  thought that he had nothing special, also , for after the relatively tame game continuation 27.Nc7!?  Nxc7 28.Qd7  Qf6 29.Qxc7 Ba8 the game was unclear. White eventually won, but I suspect this was due to time trouble.

INSTEAD, starting from the above position, White has a much stronger continuation that leads by force to a winning game.  Do you see it? 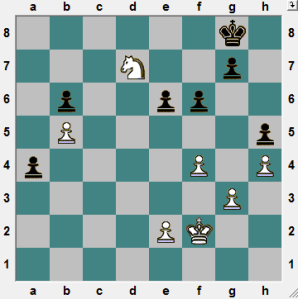 HOW DOES WHITE STOP THE PAWN?

Position after 26 moves of play.  White has an extra Pawn, but with all the Pawns on only one side of the board it is not at all clear that  he has any real winning chances, especially since Black has 2 good Bishops.  HOWEVER, the Armenian grandmaster is not thinking of an ending: the slightly weakened Black Kingside pawns (h5) combined with the fact that most of Black’s pieces are poorly positioned gives White the opportunity for a direct attack.

Where should Black play his King?

INSTEAD, Black played what appears at first sight  to be an even better defence

Black’s idea is that he will be able to cover the White Queen checks with …Bg7. 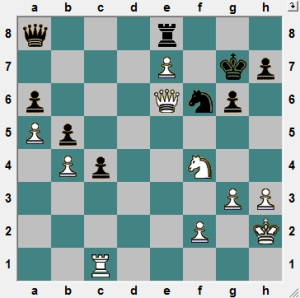 INSTEAD, there is a clear enough way for White to win this game.