A PENNY FOR YOUR THOUGHTS… 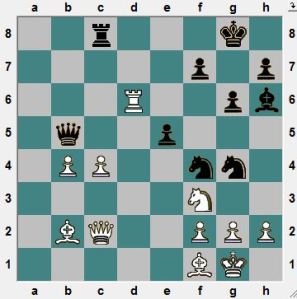 From the Portuguese Team Championship (today!).  Position after 24 moves (Black’s last was 24…Ng4)   If I had a penny for everytime that the following trick occurred in praxis! 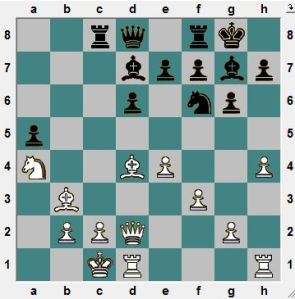 Also from the Portuguese Team Championship.  Position after White’s 15th move.  A well known trap in a well known variation of the Dragon.

WHAT IS BLACK’S BEST MOVE? 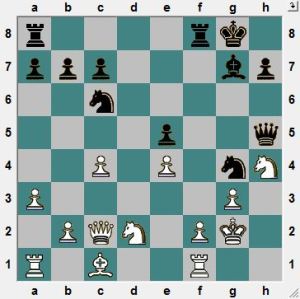 Figueres just the other day.  Position after White’s 18th move.  While this is not a very difficult tactic, it is very surprising how often this tactical theme occurs in practice! 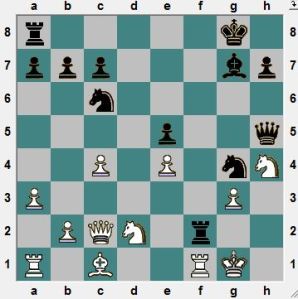 Ofcourse, taking the Rook would be answered by …Ne3+, picking up the Queen.  If that was all there was to this finish, then I would have not wasted my readers’ time.  BUT I could not resist to show you the finishing touch:

Now after 20.Kh1 Rxg3 would follow.  White, naturally, threw in the towel. 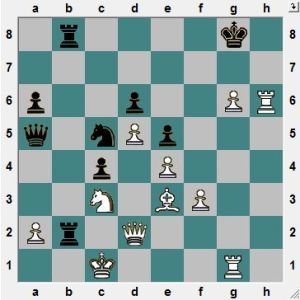 Figueres, once more.  Position after Black’s 25th move (25…Rxb2)  An exciting attacking race  against rival King positions.  Here White, having both the extra move and a piece more, must be better, but in his hurry to mate Black he stumbled:  26.Rg-h1??  Nd3+  27.QxN PxQ  28.Rh8+ Kg7 and the Black King escapes the checks and won easily. HOWEVER, there is a way for White to win, but it is cleverly hidden in the position.  Are you up to it?

ASLEEP ON THE JOB… 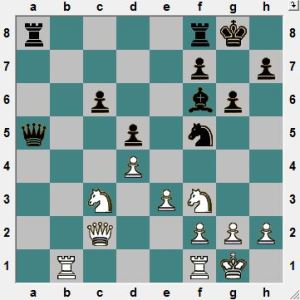 From the Figueres International Open just the other day.  Position after 19 moves of a popular line in the Queen’s Gambit (X-change variation).  White is slightly better because of the weak pawn on c6, but no more than that. Probably the best is 20.Rfc1, preparing to lay siege.  HOWEVER, White let his guard down and fell for a trick that wasn’t even threatened! 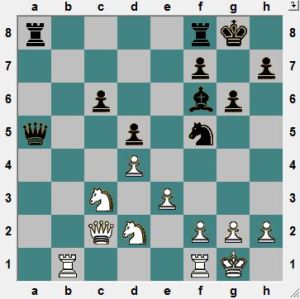 At first sight a reasonable move, planning to play Nd2-b3-c5.

WHAT DID WHITE OVERLOOK? 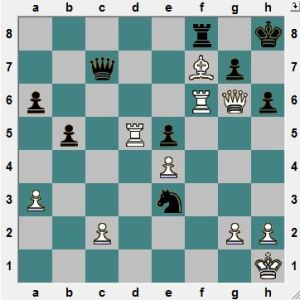 Figueres.  Position after 28 moves (Black’s last being 28…Ne3)  White has played a beautiful game up to now and is a whole Rook up plus a winning attack!  Here the winning line is 29.Be6!, as the reader can quickly convence himself.  Unfortunately, this move was not played…

This example goes to show how cruel CHESS  can be at times: that no matter how won your game is, it is always possible to lose it in one move!  White played  the seemingly reasonable 29.Rf2, and –no doubt–confidently awaited her opponent’s resignation. 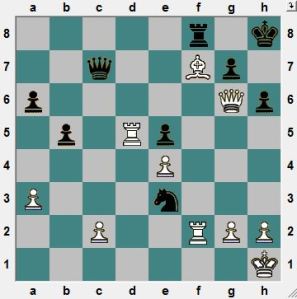