“Don’t get caught in the cross hairs of indecision for that’s what kills opportunities.” 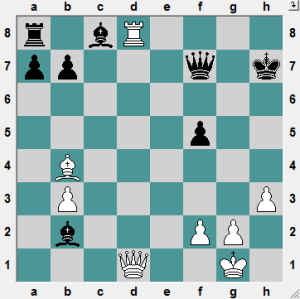 13th Asian Continental  UAE 2014.4.22  Position after 26 moves.  A very interesting struggle between two of the world’s top grandmasters.  Ni had earlier speculatively sacrificed a piece to open the Black King position and to create practical chances.  Black was doing ok until his last move (the greedy 26…Bxb2) and this gives the Chinese superstar the opportunity to end the game in his favour.  Do you see the idea?

Thirty year old Grandmaster Ni Hua won the GM title when he was 19 years old and achieved a peak rating of 2724 in 2009, enabling him to play in some of the elite tournaments in the world, scoring some impressive wins along the way.  But chess at the top is very unforgiving and some setbacks in Ni’s career meant his rating slid  and with it disappeared the opportunities to meet the world’s top-10 players.  Today Ni plays less often, limiting himself to strong Open tournaments and national events.  Currently Ni is the Chinese national coach, a prestigious position, but not a playing one.

When I first got started on the international scene some 30 years ago there were very few Chinese players, but in the meantime China has made great progress and now is one of the strongest chess countries, with about a half-dozen players with good chances to one day bring the world title back home. 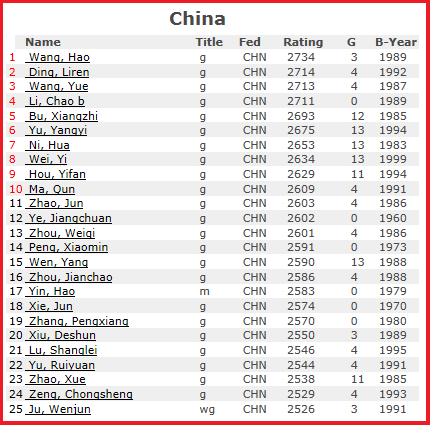 How has China produced so many top players?  One of the answers is coaching: when a grandmaster reaches the age of 30 the chinese federation wants him to stop playing professionally and become a coach of the up and coming players!  So for the past 30 years China has seen its top players contribute to the younger generations, with the natural result that each successive generation builds directly upon the gains of the previous one.

While at the Asia Continental, Ni Hua gave a short interview where he  candidly spoke of his plans of retiring as a player:

”Life is good, since the moment I started playing chess at the age of 9 and continued as a professional chess player from the  age of about 13, I still play chess here and there... I am becoming old already and this is time to think what to do further.

In China players of my age don’t play chess.   This is not a joke. This is a common problem not only for me, but also for Bu for example. He is some years younger than me.  We always discuss with my friends what we are going to do. Wang Yue for instance is already planning to start coaching.  Wang Hao also has in  mind to try himself as a trainer. So, when you are not young anymore, you really have to find another  chess related activity, and this is coaching.

Of course there are many young players and kids in China who like to know how  to play chess. I hope if we decide once to change our profession, we will have a job. But frankly, coaching is boring…”

Jiangmen, China 13-04-2014 Position before Black’s 23rd move. A sharp Catalan has seen Black march his pawn all the way to b2 . White will win back his pawn (he sacrificed it in the opening), and Black must decide which one to hand over: the c-pawn or the advanced b-pawn. Ni correctly decides that the b2 pawn is worth fighting over…besides, he would be slightly worse if he were to part with his b-pawn: 23…Bd7!? 24.Ra2! (not 24.Rxc7 Rfc8! with advantage) or 23…c6 24.Qxb2 QxQ 25.RxQ Rfc8. and Black is structurally worse.

A finely calculated sacrificial manoeuvre.  The chief idea of the move is to stop White’s Ra2

The Rook can not move, and now White must prevent the b-pawn from advancing at all costs. The next moves are forced…

Even though White has a material advantage, the Queen is a poor blockader. For the moment White has everything undercontrol, but Ni Hua had forseen this position before he made his 23rd move and now uncorks a really strong move

White can not stop the manoeuvre …Rfb8 and …Ra3 to a1

This position has arisen virtually by force since the initial diagram. The ending is probably won for the two Rooks (there are too many pawns on the board and Black has no weaknesses). The rest of the game is beyond the scope of this tactical example, but I give the rest of the game for those interested in the manner in which Ni Hua exploited his advantage.