Thursday potpourri and other nonsense

And fuck the lemons! 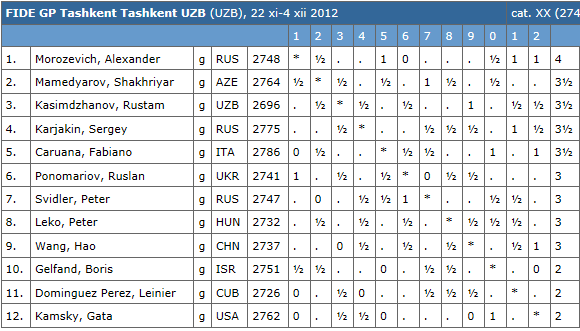 The result: a good modern master can expect to achieve something like 65% life-time score against the Grunfeld. Karpov , against Kasparov’s Grunfeld, scored almost 60%.  Not every Grunfeld player is as good as Kasparov…

They played 30 published games with the Grunfeld.  Karpov won 7, lost 2 and drew 21.  But between 1986 and 1990–when Karpov was still super strong– Karpov had won 6 and lost only 1.  The draws never counted in world championship matches, so one must ask if Kasparov was really successful or not with the Grunfeld!
Yesterday Morozevich played the rarely played 7.Qa4-ch variation (above).  Rare, yes, but well-known names such as Carlsen, Kramnik, Ponomariov, Korchnoi, Kasparov, Ftacnik and Guervich have played it from time to time.  The move is no better than anything else, but sometimes it can catch your opponent sleeping.

Which was not the case with the Cuban star Dominguez.  He actually played what is considered one of the best lines.  It was , infact, Morozevich who played a theoretical innovation (12.Bg5, instead of the known 12.Be3).
But the Cuban at once chose the wrong plan , placing his Rooks on e8 and b8, and later breaking ( prematurely?!) with e6.  Soon he found himself with all of his Rooks enprise:

Here Morozevich did not take the Rook on b8,  which is also strong, but instead played the winning 19.Qa4!, which creates threats of Bxf7-ch as well as RxN in some lines.  The Cuban soon found himself a piece down for nothing.   It is remarkable that he  played on as long as he did….

gm  BOGOSAVLJEVIC
Position after 20 moves from yesterday’s round at the Kostic Memorial in Serbia.  Black has an extra pawn, but–curiously, can not keep it for long.  There is a way for White to regain it and at the same time create dangerous (but not winning!) threats.
WHAT IS WHITE’S BEST CONTINUATION?
——————————————— 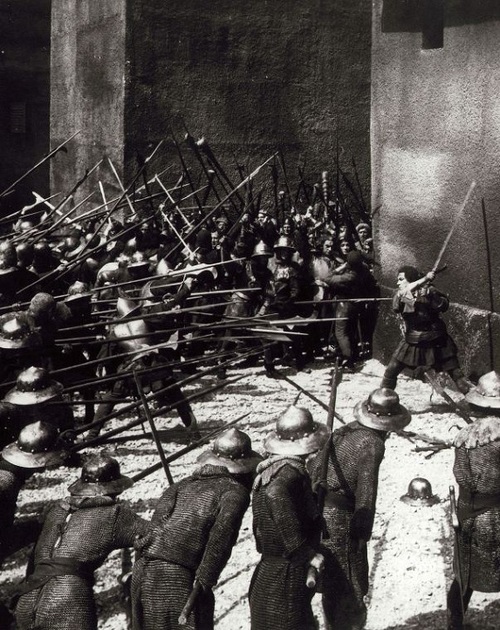 A bad day at the office for the Bulgarian superstar Stefanova
POSITION AFTER BLACK’S 15th MOVE (15…e5):
gm  STEFANOVA

gm  USHENINA
Black has played her hand a bit  loosely and her last move creates a crisis. Even though this has all been played before, it is very suspicious and risky to play in such an important encounter. Perhaps the entire plan connected to …e5 and …f5 has to be re-thought.
16.Ng5!

Unfortunately for Black, all of the tactics work for White, who risks nothing at all!
THERE FOLLOWED:
17…cxd5 18.Bxd5+ Kh8 19.Ne6!

And Ushenina had no trouble winning the game