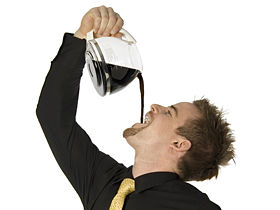 Only in America!  The story that follows below of Donald Miller reminds me a lot of another weird story a couple of years back about a cat in Boston who –having previously (mistakenly) been listed in a census  as a ‘family member’–was called for jury duty.  The owners naturally objected , given  that the family member was not a real person but a cat, and they even provided proof of this — including a letter from a vet–but they were next  obliged to go to court to try to get their cat off jury duty.  (In the US they take jury duty serious! ) They then failed to impress the judge!

In court the owners tried to use a legal technicality (the cat did not speak or understand English ), but the judge ruled that jury members were not required to have perfect knowledge of the English language –and the cat had to appear for jury duty!

I thought that this story took the cake as far as stupid mis-interpretations of the law was concerned-but now I realize that I set the bar too low!  And Donald Miller of Ohio proves this!

A long time alcoholic, Donald Miller disappeared from his home in 1986 –one of his binges caused him to lose it and start drifting around the country (leaving his wife and children in limbo, completely unaware that he was even alive!).  The wife naturally petitioned 7 years later for the husband to be declared legally dead so that she and the children could receive social security benefits.  The judge–Allan Davis–declared in 1994 that Donald Miller was legally dead (according to the law’s criteria).

That could have been the end of the story, but around 2005 Miller returned to Ohio, unaware of his legal status.  The wife–who did not want to do anything for fear that she might have to pay back the 25k benefits that she and her children had since gotten–also did nothing.  Only recently did Miller try to become un-legally dead and petitioned the court in Ohio.  In a freak of coincidence, the judge of the case was the same Allan Davis.  Admitting the circumstances extremely strange, the judge refused to over turn his 1994 ruling and so Donald Miller–even though alive and well–is still legally dead in the eyes of the courts in Ohio!  The story is viral.  Here is just one LINK.  The judge argued that legally a person has a window of just  3 years in which to contest a ruling of being declared legally dead–and Donald Miller let that window pass! 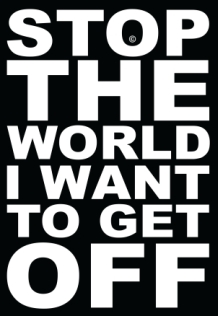