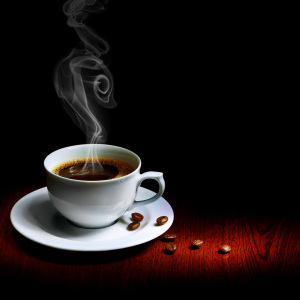 Thursday!  I suppose the chess world’s attention is mostly focused on the London Candidates Tournament, especially as there is not a lot happening elsewhere.   After the  usual initial spurt of Tata, Gibraltar, Moscow and Cappelle, things slow down a bit and then pick up as spring advances.  This seems to be the traditional tempo in the chess world…
Lots of fighting chess thus far in London, though only 6 of the 20 games played ended in decisive results.  Carlsen and Aronian are infront with 3.5 pts out of 5.  The race is WIDE OPEN, however, and still anyone can win.

I am very impressed with the playing conditions, and especially with the web-coverage on the HOME PAGE  of the tournament.  You can follow the games LIVE, with move by move commentary, often aided by computer engines.  Afterwards, the players are interviewed for their insights into the just completed game.  LOTS of fun for us spectators!
HOWEVER,  I think the reader should be careful about the ”truth” about what really has taken place in the games and about what the players (and organizers) actually think has taken place.  Comments by the players immediately after the game are coloured by emotion and greatly influenced by the result.  Botvinnik wrote about the need to objectively analyze your games after they have been played and the tournament is over…
THAT BEING SAID,  I do find it useful to listen to the post-game comments of the players because it gives me some idea of what the player was thinking, in what direction and  what he was striving for.  Later, when the games are more soberly analyzed, including this post-game information gives a pretty nice and complete story of both the game that was played and the ”public” version of events…should anyone want to then publish this then it would make a pretty good book!

Former world champions Garry Kasparov, while he was an active player, had the reputation for being the world’s best analyst.  However, when his site Kasparovchess.com  appeared he at first tried to immediately relay his post-game analysis for publication, but later dropped this practice when he found that what he thought was actually happening during the game was ,infact, filled with imprecisions and misunderstandings. Garry’s post game analysis was not nearly as good as the analysis that would generally appear in his books, long after the game had been played!
This is quite natural it seems, but leads to a curious situation.  To be precise, for the London Candidates Tournament, the spectators who follow the LIVE games are greatly influenced by computer engine analysis, but have NO clue as to what the players are thinking or why the players are actually making the moves.  As for the players’ comments immediately after the game, they have NO idead what the computer engines  ”thought” about their moves as they played them,  and only they themselves can actually explain WHY they made the moves they played.  In other words, the players have no idea about why the spectators were cheering during the game!  (Ok, they are not allowed to cheer, but you know what I am saying…)

Botvinnik:  ”Ofcourse, notes to games written during progress , within an hour or two of play, cannot be regarded as analysis at all.  Such analysis is purely negative, and it may easily become a bad habit”  (Page 11, forward, One Hundred Selected games)
WHERE does that put the individual who really wants to ”understand” the truth about what happened in the game?  ANSWER: Essentially, it leaves it up to him to work it out for himself!  Neither the players’ post-game analysis nor the computer analysis meet Botvinnik’s strict standards!

Modern day LIVE chess transmissions and post-game player interviews are good entertainment but often miss the mark about the ”truth” of what really was happening during the game.
—————————————————————–
PORNO-FILM LEGEND DIES!

The iconic film  Deep Throat  is arguably the world’s highest grossing film ever (more than $600 million) though this number is debated.  The FBI estimates it was less than that, but more than $100 million dollars.  Harry Reems was paid only $250 per day of filming.  (But this does not include all the pussy he got for free as a result of the film’s success–editor)

I actually saw the film DEEP THROAT in the summer of 1976 , in between rounds of the World Open in New York.  The film was showing on Times Square.  My friend, John Melikoff–with whom I still remain in contact–was also playing in the tournament and it was at his suggestion we go and see this film.  I had some reservations, but he insisted that the film was really an ”arts” film!  Well, arts’ film my ass!  It was great fun!  The cinema was packed in the middle of the day with average male and female Americans…

REST IN PEACE, Harry!  You will be missed!
Share