Throwing away a half point

SPRAGGETT ON CHESS
We have all done worse, throwing away completely won games and even ended up losing. But throwing away a half point is in another category altogether: if the former just reminds us of how human we all are (to err is human), losing out on the extra-half point shows us (again) that we can never let our guard down,not even for one move!
Case in point is the game between GM Arthur Dake and IM Sydney Bernstein  played in New York City in 1936:

Arthur Dake  was awarded the International Master title in 1954, and received the honorary Grandmaster title in 1986 in recognition of his results in the 1930s, when he defeated many of the world’s top players, including Alekhine. In 1991 he was inducted into the US Chess Hall of Fame. Dake was the oldest competitive chess grandmaster in history, and died in 2000 at age 90. Dake spent his last night playing blackjack in the Sands Regency Casino in Reno Nevada. He died of natural causes.

I actually played against IM Sydney Bernstein back in 1977 when I would often play in New York’s tournaments.  Unfortunately, the game score has been lost over the years (I won).  Bernstein was a gracious loser: he said he was more impressed with how I won (I let him have a second Queen for a Rook and Knight–at one point there were 3 Queens on the board!) than how Bobby Fischer defeated him! Even though Sydney did not mention  which of his 4 losses to Fischer he was referring to (!)–he made one draw– I was honoured by the compliment! 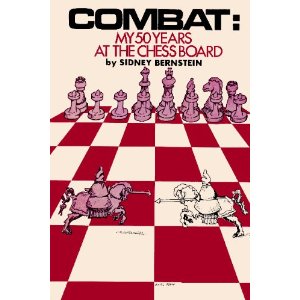