This week’s CHESS IN CANADA!

For the discerning chess player

Every Monday evening a weekly column on the state of chess in Canada is posted , called CHESS IN CANADA! ( or CIC!, pronounced sic) where I discuss those topics that have most interested chess players in Canada during the past week…This is ISSUE no.6

Note: The opinions expressed here , unless stated otherwise, are those of the author and are undoubtedly shared by the vast majority of sensible, rational and decent Canadian chess players.

Photo of the week 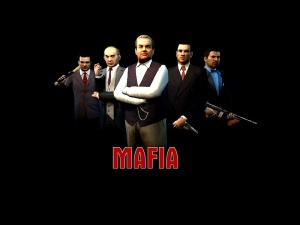 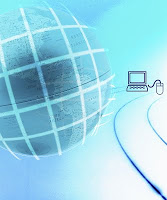 The internet has connected the known world into one global village. But how has the Canadian chess community fared?

Are we more inclusive or exclusive than before? Are we easier to find ? Are we promoting chess online or are we driving away prospective members? Are we more self-sufficient than 10 years ago? Do Canadian cyber-chess players care or are we finding the grass greener elsewhere?

Each person, ofcourse, knows his own answers to these questions. Personally, I find the Canadian cyber-chess community to be a bit of a disappointment: it is disorganized, lacking a center of gravity; less sophisticated than most other countrie’s chess communities; too internally-focused, not really bringing people together from the outside.

And especially, the Canadian cyber-chess community has not seen much investment from its organizations, be it the CFC, provincial run associations or the CMA:

The CFC’s online presence is located at http://www.chess.ca/ and includes a chat/message board. The website is visually ugly, especially with the large , center of page, warning about Google’s opinion of the site.

The site has gone thru some degradation in the past year or so, and needs some investment to bring it into the ‘satisfactory’ category. The information that can be immediately gleaned about how the federation works and operates is often both lacking and in need of update. Not to mention too administrative-oriented: someone who simply wants to find out about the game of chess, its history and especially the history of chess in Canada quickly finds themselves lost in a maze.

READ  Covid-19: Is it over-politicized?

One would think that a national federation’s website would have the most traffic of any other chess website–if only because the approximately 2000 members would regularly check their ratings–but is that really the case? The CFC does not publish the traffic. One would also think that the CFC would try to use this traffic to promote the game and attract new members by offering services and easy to find information. On the contrary, the website’s only really accessible function is ratings.

The CMA’s website (http://www.chesstalk.com/) has been operating for more than 10 years now, and is outdated and not very sophisticated in appearance. On the mainpage one finds two references to ‘activities’ , one that took place more than 6 years ago (an interview with Belzberg) and another that took place more than 3 years ago! They just sit on the main page, without any obvious purpose; very much reminding one that someone has forgotten to throw out the garbage a long time ago… neglect or indifference?

More than 80% of the posts on chesstalk seem to be written by a small group of about a dozen individuals. From what I can estimate, on the average chesstalk gets between 50 and 175 unique visitors each day (though the traffic is higher because each of them probably visits the site 10 to 15 times each day!). Weekends seem to have more traffic than during the week. The most read and popular posts on the site average below 80 unique visits.

So it is clear (to me atleast!) that these two organizations, that can really afford more than their competition to invest online, have not done so and have become minor shadows of what they could be. Neither organization reflects the cyber-chess community’s diversity or aspirations. Or needs. For CMA, this might be forgiveable, but for the CFC–which only exists online today–this is a real shame and needs to be addressed with some intelligence.

I have put together a list of chess-blogs and chess-sites in Canada that I visit on a more or less regular basis. Remarkably, this list gives much more current information about what is really happening in Canadian chess than the CFC site:

I give high marks to S.Wright, H.Brodie and D.Cohen for putting together websites that deal with Canadian chess history (past and present). In my opinion, a community has to show respect to its past and its traditions. These sites give great photos, game collections and important information about Canadian chess.

I find that Manitoba has the best and most informative chess sites:
http://www.chessmanitoba.com/ Up to date information, and an example of how it is done!
http://aymemorialchess.blogspot.com/ Information about the Abe Yanofsky Memorial
http://chessmanitoba.blogspot.com/ Tony Boron’s personal page. Great stuff!

Blogs and other personal pages:

Interesting sites that I visit from time to time:

http://stephanedrolet.blogspot.com/ Good site if you want information from around the world.
http://cheszpatzerblog.blogspot.com/ A bit off the wall, but chessplayers can relate to it…
http://www.mychessblog.com/

ITEM 2:
STOCKHAUSEN AFFAIR BRINGS OUT WORSE IN BC CHESS COMMUNITY

First the Canadian chess community found out that the secret of Peter Stockhausen’s disappearance had been carefully and deliberately hidden for 2 months from the more popular message boards and blogs by key figures in the BC chess community.

Then we found out that these same key figures kept relevant information not only from Stockhausen’s wife of more than 20 years, but also from investigating RCMP officials and at least one investigating lawyer working on behalf of Karen Richard.

It did not seem to matter to members of the BC chess community that withholding this information would increase the suffering of both the wife and daughter. Despite emotional appeals , that were at times visually shocking, from both Karen and Silken, the BC chess community stood by and let them be evicted from their home.

Now it appears that the BC chess community has taken their game of treachery and deceit to even higher levels: denying that anything had ever taken place! That the RCMP’s investigation, the newspaper articles describing the disappearance of Stockhausen; even the forced eviction of the wife and daughter several weeks ago is nothing more than fiction!

Do these people really exist to BC chess players?

Jonathon Berry, well known IA in BC and long time sufferer of illegal drug and alcohol addiction since his wife’s death many years ago, must hate Karen Richard and her daughter for being alive. He denies their suffering; he denies that they they have been evicted; he can not even bring himself to mention their names in his posts. In essence, Mr. Berry denies their existence…
To this I can only suggest that Mr. Berry get help. He obviously needs it a lot more than Karen and Silken.

The Canadian chess community needs to re-evaluate its relationship with the BC chess community leaders. It is one thing when good people screw up, but it is an entirely different issue when innocent people (like Karen and Silken) are brutalized and victimized by these same people. These good people show themselves to be monsters. They show themselves to be less than human. To be no better than those who deny the holocaust even happened…

Karen and Silken are victims. There is no denying that…