The Zonal Rush: that familiar smell in the air…

Cuban chess players Leinier Dominguez and Lazaro Bruzon are among the 13 players to participate in the 2.3 Absolute Zonal Chess Qualifying Tournament to take place in Dominican Republic from March 18-28.
Latin American ranking leader Dominguez (2,716 Elo) and Bruzon (2,686) are the top ranked players in the list of 13 published on the website and that will be completed by a second representative from Mexico, in addition to Manuel Leon Hoyos (2,546), that has been announced yet. 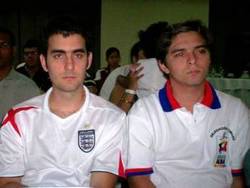 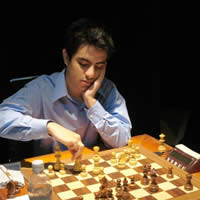 Represented by only one contestant will be Jamaica with Jomo Pitterson (2,263), Barbados with Martin Del Castilho (2,205), and Trinidad and Tobago with Cabralis Keron (2,203).
Although there is still one Mexican contestant to be included in the list, the tournament’s average Elo so far is 2,408, much lower than those of the Cuban competitors who are the favorite to win the two tickets to the World Chess Cup although, according to experts, their Elo could be reduced.
A couple of years ago, in San Jose de Costa Rica, Bruzon became the champion of the qualifying tournament winning seven of nine possible points and a place to the World Cup.(ACN)

http://saintlouischessclub.org/2011-us-championship-information
The US zonal is traditionally the richest and strongest Zonal in the Americas.  This year is no different.  With a prize fund in excess of  $160,000 (first prize a cool $40,000), virtually every top active player in the US will participate–with the notable exception of Nakamura.  Veteran Yasser Seirawan will try to make a comeback here!

The less said about this event, the better.  I believe that the CFC executive has very little expectation that it will actually take place.  And if it does take place, what top players will want to participate? 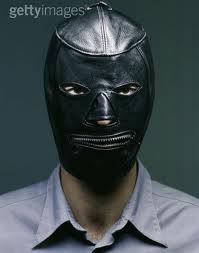 The winner of the 2011 Canadian Zonal.  Pre-tournament favourite:  Mr. Who-ever-shows-up.