The problem with ”EXPERTISE”

”Expertise might also come with a dark side”–Jonah Lehrer
Jonah Lehrer describes two studies showing that talent depends on the way we “chunk” information together. For chess grandmasters this chunking means instantly recognizing pre-memorized patterns on the board that weaker players need much more time to appreciate and perceive.
Lehrer’s argument is that these skills can actually hinder individuals when it comes to comprehending entirely new situations and different patterns. He argues that our cognitive chunks are fully formed–because they are inflexible they bias our perception of the rest of the world away from the chess board.  Being a practiced habit, we tend to rely on them even in situations where they are not at all applicable.  And they can sometimes even work against you, hindering your ability to integrate and adapt to new situations…
____________________________________________________________________________
The Cognitive Cost Of Expertise
http://www.wired.com/wiredscience/2010/11/the-cognitive-cost-of-expertise/
By Jonah Lehrer
November 19, 2010

In the 1940s, the Dutch psychologist Adrian de Groot performed a landmark study of chess experts. Although de Groot was an avid chess amateur – he belonged to several clubs – he grew increasingly frustrated by his inability to compete with more talented players. De Groot wanted to understand his defeats, to identify the mental skills that he was missing. His initial hypothesis was that the chess expert were blessed with a photographic memory, allowing them to remember obscure moves and exploit the minor mistakes of their opponents. De Groot’s first experiment seemed to confirm this theory: He placed twenty different pieces on a chess board, imitating the layout of a possible game. Then, de Groot asked a variety of chess players, from inexperienced amateurs to chess grandmasters, to quickly glance at the board and try to memorize the location of each piece. As the scientists expected, the amateurs drew mostly blanks. The grandmasters, however, easily reproduced the exact layout of the game. The equation seemed simple: memory equals talent.

But then de Groot performed a second experiment that changed everything. Instead of setting the pieces in patterns taken from an actual chess game, he randomly scattered the pawns and bishops and knights on the board. If the best chess players had enhanced memories, then the location shouldn’t matter: a pawn was still a pawn. To de Groot’s surprise, however, the grandmaster edge now disappeared. They could no longer remember where the pieces had been placed.
For de Groot, this failure was a revelation, since it suggested that talent wasn’t about memory – it was about perception. The grandmasters didn’t remember the board better than amateurs. Rather, they saw the board better, instantly translating the thirty-two chess pieces into a set of meaningful patterns. They didn’t focus on the white bishop or the black pawn, but instead grouped the board into larger strategies and structures, such as the French Defense or the Reti Opening.
This mental process is known as “chunking” and it’s a crucial element of human cognition. As de Groot demonstrated, chess grandmasters automatically chunk the board into a set of known patterns, which allow them to instantly sort through the messy details of the game.

And chunking isn’t just for chess experts: While reading this sentence, your brain is effortlessly chunking the letters, grouping the symbols into lumps of meaning. As a result, you don’t have to sound out each syllable, or analyze the phonetics; your literate brain is able to skip that stage of perception. This is what expertise is: the ability to rely on learned patterns to compensate for the inherent limitations of information processing in the brain. As George Miller famously observed, we can only consciously make sense of about seven bits of information (plus or minus two) at any given moment. Chunking allows us to escape this cognitive trap.
Now for the bad news: Expertise might also come with a dark side, as all those learned patterns make it harder for us to integrate wholly new knowledge. Consider a recent paper that investigated the mnemonic performance of London taxi drivers. In the world of neuroscience, London cabbies are best known for their demonstration of structural plasticity in the hippocampus, a brain area devoted (in part) to spatial memory. Because the cabbies are required to memorize the entire urban map of London – it’s the most rigorous driving test in the world – their posterior hippocampi swell and expand, leading to permanent changes in the brain. Knowledge shapes matter.

However, the same researchers that documented the expansion of the hippocampus are now documenting the tradeoffs of all that extra spatial information. The problem with our cognitive chunks is that they’re fully formed – an inflexible pattern we impose on the world – which means they tend to be resistant to sudden changes, such as a street detour in central London. They also are a practiced habit, and so we tend to rely on them even when they might not be applicable. (A chess grandmaster has to be careful about applying his chess chunks to checkers.) Here’s Christian Jarrett at the BPS Research Digest, summarizing this new experiment:  http://bps-research-digest.blogspot.com/2010/11/how-skilled-are-london-taxi-drivers-at.html
A second investigation tested their ability to learn unfamiliar routes that were integrated into familiar areas of London. At this task, the taxi drivers struggled compared with their performance when learning entirely new routes. Woollett and Maguire speculated that in this case the drivers’ expertise was getting in the way of learning the new routes: ‘When presented with new information to learn that is similar to their existing knowledge, their poorer performance may reflect expert inflexibility and an inability to inhibit access to existing (and now competing) memory representations.’
This finding tallies with the real-life experiences of taxi drivers. For example, several of them reported struggling a few years ago to incorporate new layouts around the Canary Wharf district into their existing knowledge.
The larger lesson is that the brain is a deeply constrained thinking machine, full of cognitive tradeoffs and zero-sum constraints. Those chess professionals and London cabbies can perform seemingly superhuman mental feats, as they chunk their world into memorable patterns. However, those same talents make them bad at seeing beyond their chunks, at making sense of games and places they can’t easily understand.
One of my favorite examples of such tradeoffs comes from the work of neuroscientist Stanislas Dehaene, who has helped illuminate the anatomy of reading in the brain. Not surprisingly, the ability to make sense of words takes up a significant chunk of the visual cortex, as brain cells previously devoted to object recognition get usurped by the alphabet. (Dehaene refers to this process as “neuronal recycling.”) Deheane also speculates that, while “learning to read induces massive cognitive gains,” it also comes with a hidden mental cost: because so much of our visual cortex is now devoted to literacy, we’re less able to “read” the details of the natural world. (Just imagine all the things you could notice if you couldn’t read this sentence.) So if you’re an expert, be proud: You’ve learned to perceive the world in a useful way. Your training has changed the structure of your brain. But don’t forget to think about your blind spots, about all those new patterns that you must struggle to see.
___________________________________________________ 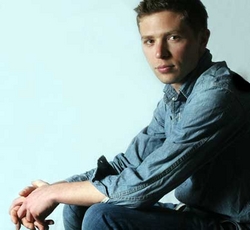 Jonah Lehrer — hailed as “an important new thinker” by The Los Angeles Times — is the author of Proust Was a Neuroscientist and the instant bestseller, How We Decide. Captivating, accessible, and never dull, he talks about how we make decisions — and how we can make better decisions. “Lehrer ingeniously weaves neuroscience, sports, war, psychology, and politics into a fascinating tale of human decision making,” says Dan Ariely (Predictably Irrational). “He makes us much wiser.”
Lehrer, 27, has been called “something of a popular science prodigy,” by The New York Times, a man of “considerable talents.” A graduate of Columbia University with a degree in neuroscience, Jonah Lehrer studied at Oxford University as a Rhodes Scholar where he received his Masters Degree in 20th century literature and philosophy. He is the author of Proust was a Neuroscientist and How We Decide. Lehrer is a contributing editor at Wired Magazine and National Public Radio’s Radio Lab. He has also written for The New Yorker, Nature, The New York Times, and The Wall Street Journal.
(nytimes)