The Luzhin Defence is a 2000 movie starring John Turturro and Emily Watson and was directed by Dutch director Marleen Gorris. The film centres around a mentally tormented chess grandmaster and the young woman he meets while competing at a world-class tournament in Italy.
The screenplay was based on the novel The Defense (or The Luzhin Defence) by Vladimir Nabokov.
Emily Watson received best actress nominations at the British Independent Film Awards and the London Film Critics Circle Awards. 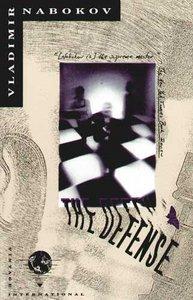