The lighter side of the BP oil spill…. 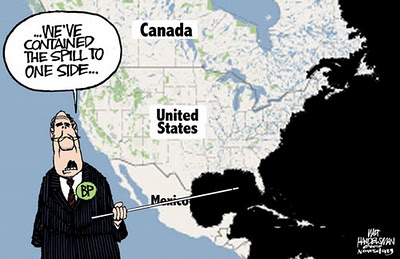 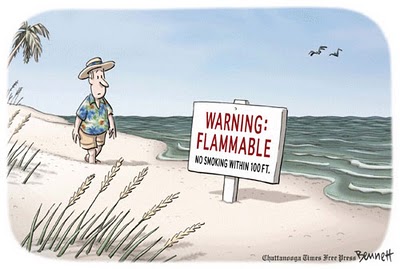 “Well, during the testimony, the president of BP said the underwater cleanup is pretty effective. And when he was done, Congress gave him a standing ovation. Well, sure, they’ve never seen anybody who could lie better than they can.” –Jay Leno 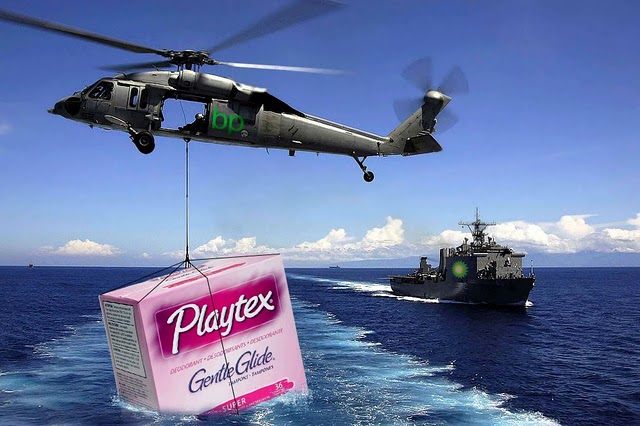 Has it come to this point already?

“Have you been following the big oil spill in the Gulf of Mexico? Or as we call it now, the Dead Sea.” –David Letterman

“British Petroleum said today that if this spill gets worse, they may soon have to start drilling for water.” —Jay Leno

“BP wants Twitter to shut down a fake BP account that is mocking the oil company. In response, Twitter wants BP to shut down the oil leak that’s ruining the ocean.” —Jimmy Fallon 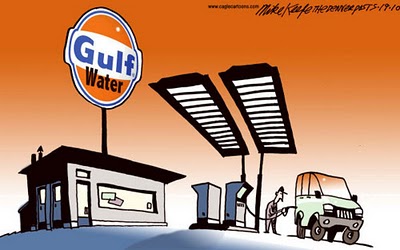 “Scientists say they have developed a car that can run on water. The only catch is, the water has to come from the Gulf of Mexico.” -Jay Leno

”The BP president said yesterday that the company would survive. That’s like someone running over your dog and saying, ‘Don’t worry, my car is fine.'” —Jimmy Fallon

“We’re still dropping things on it. This is like if your toilet overflowed and you tried to fix it by smashing it with a brick. Their next idea is to get the old lady from Titanic and she’s going to throw her jewelry at it.” —Bill Maher, 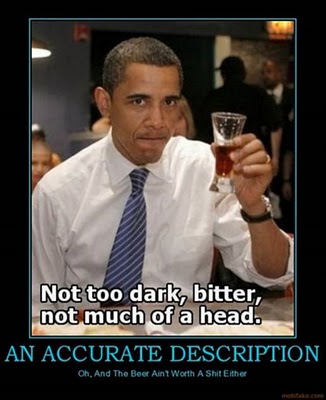