The FIDE elections in 60 seconds or less…. 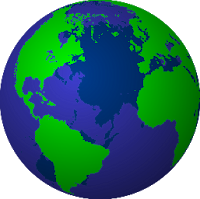 FIDE holds its election this coming september during the 39th Olympiad.  Approximately 160 country-members have a vote (1 vote each). Incumbent President Kirsan Ilyumzhinov is facing off against challenger Anatoly Karpov.  (http://www.onefide.com/  and http://www.karpov2010.org/ are the respective campaign web sites)
If we are to believe what we read, approximately 60 of these votes have already declared their intentions (though each can–and it is not unheard of in close elections–change their vote at the very last moment), with approximately 35 votes for Ilyumzhinov and approximately 25 for Karpov. 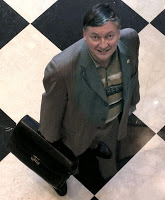 Karpov facing an uphill struggle to convince
Why approximate numbers?  Both sides claim Russia to be amongst their votes!  And some others are debateable or premature partners:  for example, Tajikistan  just today seemed to change sides from Karpov to Ilyumzhinov.  One or two might follow suite…
Ofcourse, I don’t believe these numbers just as a question of principle  and I would caution anyone from taking at face value anything said on any of the campaign sites.  For the first time in FIDE history we have a 2-horse race between Russians raised and educated with communist party-backed Soviet values.  One of the most important values back then was the value of  propaganda!  Thankyou Marx, Lenin and Stalin.
Ofcourse, neither Karpov nor Ilyumzhinov are communists!  Times have changed (today they are both successful capitalists) …but while you can take the boy out of the collective, can you really take the collective out of the boy?  Time will tell… 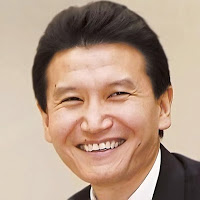 An immensely popular figure in the chess world
I would not be surprised if the incumbent President has already some 60 to 70 votes in his coat pocket as of this past weekend.  Three months before the end of the 2006 FIDE election Kirsan already had some 90 votes in his pocket!  The Kalmyki president has established a vast network during his 15 year reign in FIDE and has little inhibition about using his personal fortune to win favour and influence.
Originally I thought that Karpov would get most of the Americas and Europe in this campaign, but now I am not so sure: virtually all of South America has gone to Ilyumzhinov, and even relatively anti-establishment Canada has not declared its vote (in 2006 Canada was one of the first countries to declare itself for Kok)  The main Karpov effort now seems for the Central America votes…

Hollywood-style glitz… but little substance and no platform as yet
How many votes does Karpov really have?  Difficult to say, especially given the dynamic of the Kasparov-factor. The tempermental genius from Baku wields enormous influence with the international media and has been the principal PR force in Karpov’s campaign.  However, inside the chess-world it is another situation all together: Kasparov is seen as a largely negative influence and fundamentally untrustworthy.  In Russia he is considered one of the least respected public figures.
And many of those early Karpov supporters who got on the band wagon when Karpov first announced his candidacy (before Kasparov became a team member) have since asked themselves if they really want to continue to support Karpov…the campaign has had more than its share of controversy and poor taste.

Kasparov and Conn campaigning in Nicaragua
There is also considerable inexperience in the way the Karpov campaign has been run.  For example, headlines this week  as Kasparov visited the Central America country of Nicaragua were pretty distasteful:  ”Kasparov Conquers Latin America” (www.Karpov2010.org) and the chessbase website (http://www.chessbase.com/)  did little better: ”Kasparov and the Reconquista of Central America”
Such headlines conjure up memories of one of the most painful periods in the history of Central and South America–one had saw more than 100 million natives die  butchered at the hands of the ”conquerors” or victims of disease that they brought with them from the old world.  For hundreds of years they were enslaved, exploited and victimized.
I am surprised to see this attitude in 2010, but I suppose we are really just talking about the chess world, which is a law unto itself. However, I would think that such statements simply fall into the hands of Ilyumzhinov’s campaign.  Perhaps some of the undecided votes in the Americas will now think twice about supporting Karpov.

Is a 3rd FIDE presidential candidate about to appear?
(No, it is not Campomanes coming back from the beyond!)
The past several weeks I have heard some rumours on the web indicating the possibility of a third candidate for the FIDE presidency. I did not take them very seriously until I heard of the stature of this person.  We will have to wait and see if he decides to declare himself.  All I can say right now is that he is (thank goodness!) not Russian!
A 3rd candidate could change the entire dynamic of the election.  And some of those countries ‘declared’ right now by either candidate could go over to the new-comer.  The ball park figure I heard is 25 countries!  And possibly this can even be a fatal blow to the Karpov campaign.
We will have to wait and see.  It seems that the election might actually get interesting….
SPRAGGETT ON CHESS
Share