The European Individual Championships and cheating

On yesterday’s blog I talked of Kasparov’s take on the cheating scandal involving French GM Sebastian Feller and included a short video interview with Kasparov.  When ever Kasparov speaks , somehow a video appears on youtube or elsewhere…the word of God , I suppose.

However, I found Kasparov’s view on the  topic of electronic cheating to be lacking backbone and  principle: not giving  much hope that anything can be done about it …almost as though we have to resign ourselves to it and get on with it.

Kasparov even implied  that only the very top GMs never cheat!  He then goes on and all but declares  that  the  400-odd players participating in the European Championship in Aix les Bains (many of them rated over 2700)  should not expect to be allowed to play classic chess (slower time controls) and that they should be content to play at ever faster time controls…. because if anyone of them wanted to cheat then  no one could stop it anyway.

”LET THEM   EAT CAKE   PLAY BLITZ!”
Marie Antoninette Garry Kasparov
Garry may have stopped playing chess, but Garry has not stopped being Garry.  Doesn’t this sound just so elitist to you?  Every player other than the top 10 elo rated players should just eat cake and  be happy just to be able to blitz chess!  Afterall, only the top 10 know how to play chess…(!)…and the rest  of us are merely tourists! 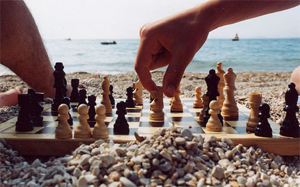 Apparently Spanish super-GM Paco Vallejo does not buy this , nor do many of the other top participants in Aix les Bains.  Yesterday Vallejo circulated a letter asking for direct action to prevent cheating in chess tournaments:, starting in the European Championship: 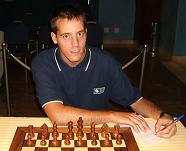 ChessVibes, which published this letter this morning, concludes with a very wise observation:
”This open letter….is very clear sign that the chess world desperately needs anti-cheating measures. The ECU and FIDE need to get their act together.”
Affirmative action!  Besides the measures suggested in Paco’s letter,electronic cheating in a game of chess can be combatted most effectively using the same technology that the cheaters use. Most of this technology can be bought at your RadioShack at the street corner and should not be too expensive. There is no reason why FIDE could not mandate the use of this technology for every major tournament. Furthermore, FIDE must go further and elaborate carefully weighed penalties for those caught in the net.
Shipov, on ChessInTranslation (http://www.chessintranslation.com/), wrote this week an short article about Sebastian Feller playing in the European Championship despite him having been found guilty by the FFE Disciplinary Commission, entitled ”How can you play against Feller?”

The man in the centre of the storm, GM Feller, flanked by team mates Fressinet (l) and LaGrave.
Shipov does not take sides in his article and refers to the incident at the Olympiad last year as the ”alleged” incident, etc. He , like most of us, are awaiting the outcome of the entire process. However, Shipov does make some interesting points. At one point he writes about the fact that Feller was found to have made so many moves approved of by chess engines:
”Strong moves …can’t be banned. Until the code of chess and the FIDE handbook contain rules saying it is forbidden to make 15 moves in a row according to this or that program–until then strong play can not be proof of cheating.”
SPRAGGETT ON CHESS
READ  Coffee, Politics and FIDE
Share