The end of the earth….Cape Wrath

THE MOST NORTH-WESTERNLY POINT IN BRITAIN

”After gazing at the sky for some time, I came to the conclusion that such beauty had been reserved for remote and dangerous places, and that nature has good reasons for demanding special sacrifices from those who dare to contemplate it.”

Cape Wrath is one of the last untouched wilderness areas in Britain. Between the Kyle of Durness to the lighthouse on the tip of the Cape, where there was once a small community, there is now just rough terrain populated by deer and sea birds. The wild-sounding name actually means “turning point” in Norse as over 1,000 years ago this was a welcome stopping-off point on the busy Viking sea routes from Scandinavia, not a remote headland.
For most of the year this place is a haven of peace and tranquillity – but not always. Cape Wrath’s other role in life is as one of the most important military training ranges in Europe. We visit the Cape at its busiest when air, land and sea forces from several countries work together on the military course “Neptune Warrior”. All the elements that make it a hard place to survive – the remote location, the fierce nature of the weather and difficult terrain – are just what the armed forces need to test their men and their mettle.
Between the Kyle of Durness and lighthouse on the tip of Cape Wrath, the land is known as the Parph: 207km of moorland containing a Site of Special Scientific Interest (SSSI) and a Special Protection Area for birds. 5km east of the lighthouse are the Clo Mor Cliffs, the highest sheer cliffs in Britain with a drop of 281m (921ft).
They support an immense seabird colony with tens of thousands of puffins, razorbills, fulmars, kittiwakes and guillemots.
The Cape can be accessed between May and September where a local ferry will take you across the Kyle of Durness and then a minibus can take you the 12 mile journey to the lighthouse.
___________________________________________________________ 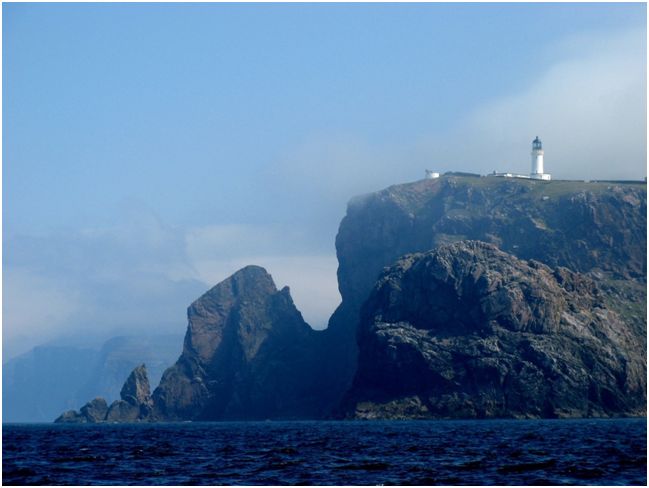 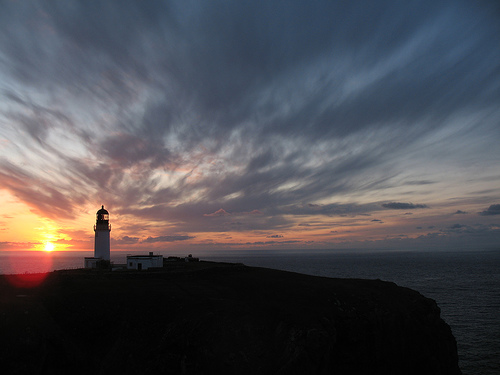 Sean Connery.  Not the only great thing about Scotland!