No chessplayer of my generation can remain indifferent to the sad news that came early this afternoon of the passing of Svetozar Gligoric at age 89.  To many of us Gligoric was chess.  I was brought up on ”Gligo’s” KingsIndians.  He did more to popularize this opening than any other player.  His ”Game of the Month” chess article in Chess Life and Review (or Chess Review) was the magazine’s most widely acclaimed feature.  His game collection is one of the game’s richest treasures. 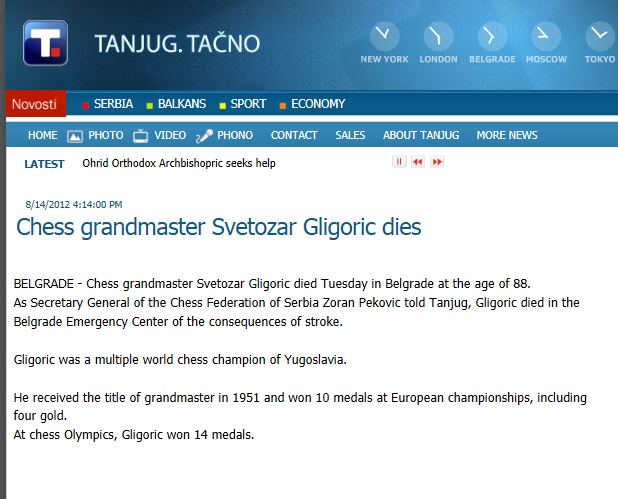 LINK
There is no need here to recite Gligoric’s contributions to chess theory, the dozens of medals he earned representing  his native country, the number of international tournaments he won, or his being one of the best 10 players in the world for decades.  Gligoric defeated everyone, even the world champions!  And many times…FOR ME it suffices to say that the chess world will never be the same!
HERE IS PERHAPS GLIGORIC’S MOST FAMOUS GAME: 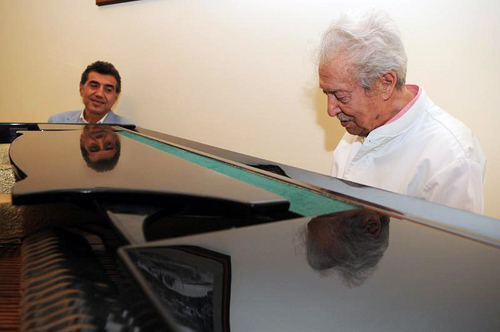