http://wwcc2010.tsf.org.tr/
The following is from the 1st round of the Women’s World Chess Championship currently underway in Turkey.  Study the diagram below before looking at the game continuation.  Try to figure out what you would do if you had the White pieces.  Good luck and enjoy!

GM Hou Yifan
This position arose from a popular variation of the Caro Kan that often sees opposite side castling.  Here the pawn storms by both players seem roughly the same, but it is White’s move –and as is logical in such cut and thrust play–this makes all the difference.  Yifan can now take the pawn on g5 with the Knight and gain the initiative, but instead she finds a brilliant sacrificial idea that allows her to build up her attack unchecked: 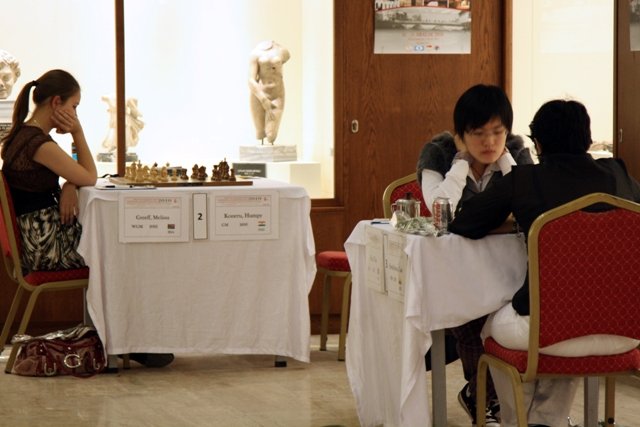 Black could resign here with confidence, but instead tried to make a desperate run for it.  White won on the 35th move.